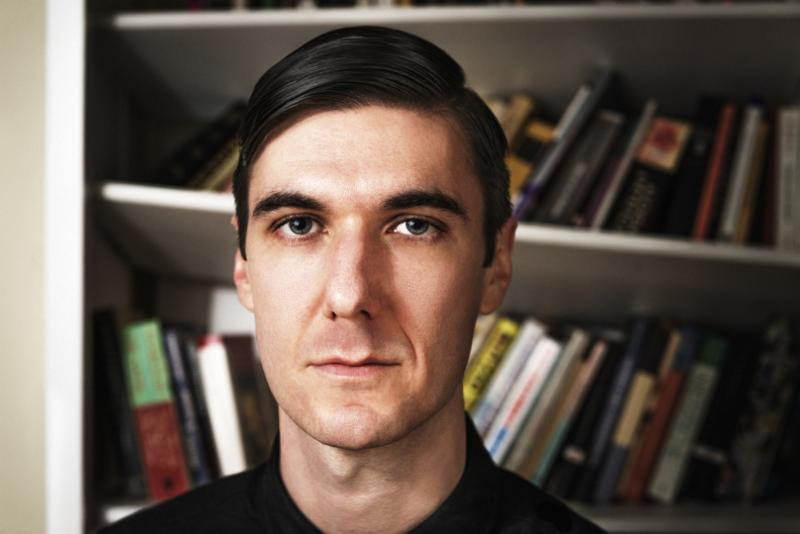 The full-length Features a 17-piece chamber orchestra and four years in the making, ‘Simple Answers’ materialized as a piece of crossover art music as complex and severe as both the city and the times, in which it was created. Fans of Scott Walker, Leonard Cohen, ANOHNI, Arthur Russell, Zola Jesus and Hildegard von Bingen will resonate with this radical form of dark orchestral pop. As a text, the album will appeal to those eager to confront today’s fascist psychic currents in a nuanced way, lest those currents consume the world with the simple answer of their flames.

Looker was a founding member of the experimental collective ZS, establishing his roots in the early 90s Brooklyn DIY scene. In 2007 he formed his own band Extra Life which built a devout international following before disbanding in 2012. Since then, his main performing vehicle has been metal / electronic project Psalm Zero (Profound Lore Records), as well as his chamber works.

Charlie Looker’s ‘Simple Answers’ is based on an orchestral core of strings, winds, brass and piano, blended with an electronic palette of 808 drum machines and synths with Looker’s tenor voice front and center. The record forms a unique bridge between disparate sonic realms. The drones and dissonance of abstract modern classical composition, dramatic post-punk vocal hooks, lush 19th Century romanticism, Medieval choral beauty, horror film score cacophony, and even some rhythms and textures from trap rap and R&B, all come together in cinematic epics, many of which stretch toward the 10-minute mark.