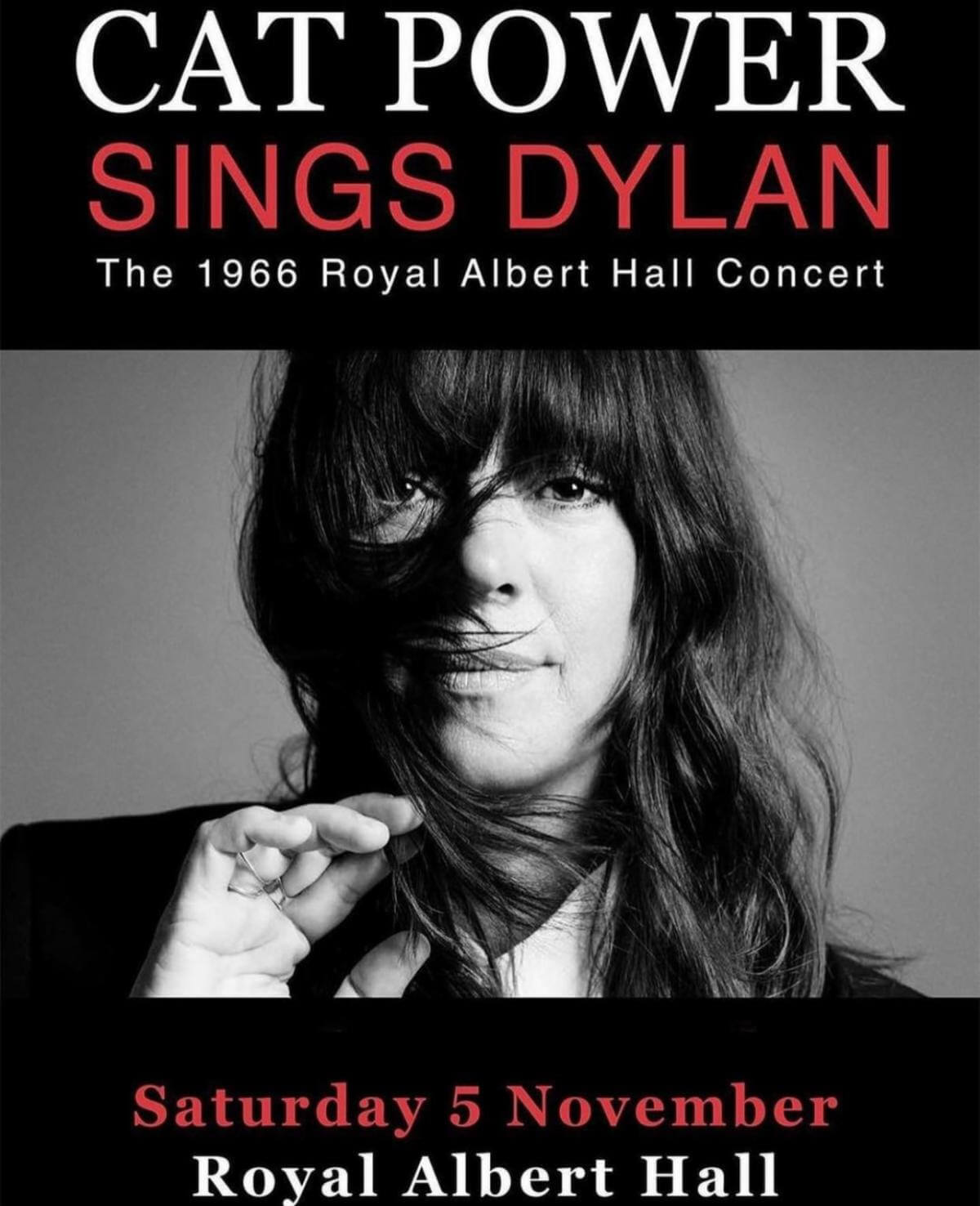 Chan Marshall AKA: Cat Power has announced details of a special London show. On November 5th, 2022 Marshall will play Royal Albert Hall with a set recreating Bob Dylan’s legendary 1966 show at the same venue in full. Dylan’s 1966 Royal Albert Hall concert was the culmination of one of the most consequential tours in the history of rock & roll—when he electrified his songs, and by doing so enraged his devoted audience. Recorded and released at first as a bootleg LP, the event actually occurred at Manchester Free Trade Hall, but was mistakenly attributed to Royal Albert Hall.

Cat Power will bring those songs to Royal Albert Hall on November 5th, performing them in the same order as Dylan himself: the first half of the show being an acoustic set before been joined by her electric band for the second half. Marshall says of the event: “When I finally got the opportunity to play The RAH, it was a no brainer. I just wanted to sing Dylan songs. And as much as any, this collection of his songs, to me, belong there.” Cat Power previously covered Dylan several times on record, such as in 2007 for Todd Haynes’s film I’m Not There.