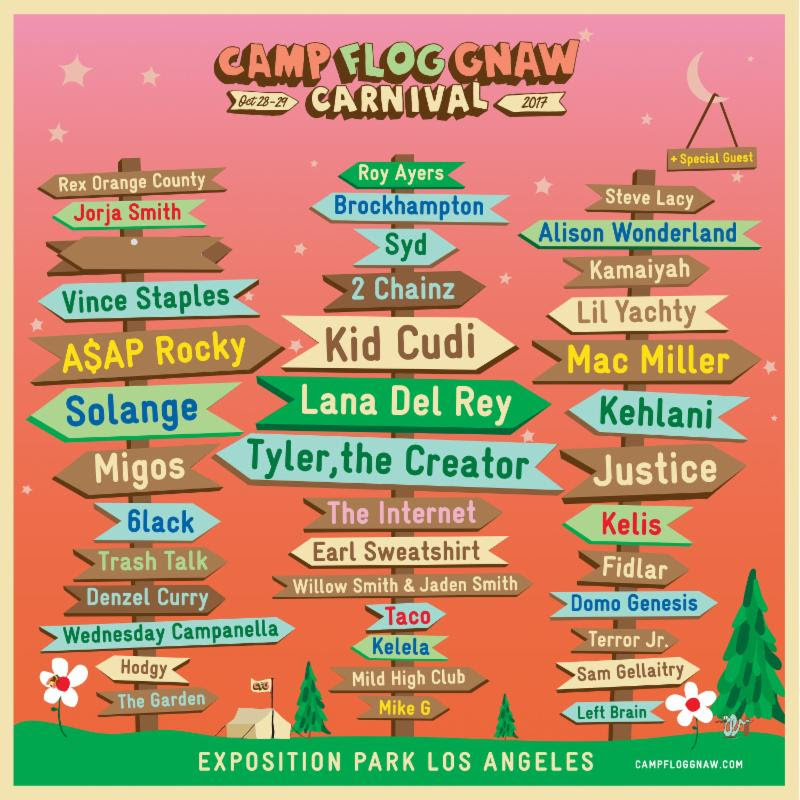 The sixth iteration of Tyler’s festival follows a sold out 2016 Carnival with a lineup that included A$AP Rocky, Lil Wayne, Erykah Badu, Chance the Rapper, Schoolboy Q, and of course Tyler himself. The Carnival has continued to grow at a rapid pace since its inception in 2012, and the 2017 event promises to be the biggest one yet. Highlights at past Carnivals have included performances by Pharrell, Snoop Dogg, Anderson .Paak, a surprise performance from Kanye West, and a signature mix of carnival rides and games all designed by Tyler.