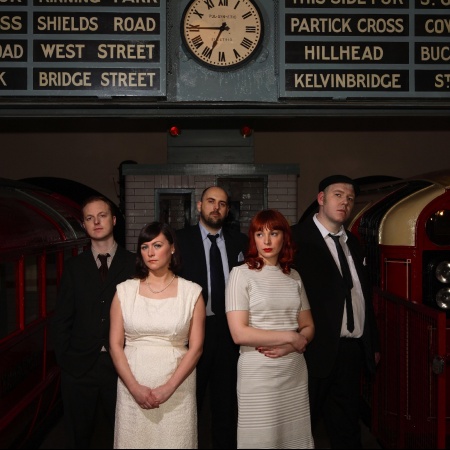 Camera Obscura officially marked their return last night with an intimate charity fundraiser in their hometown of Glasgow. Warming up for a run of shows at SXSW in Austin in a few weeks time, they also used it as a chance to play some new tracks for the very first time and to announce that a new album was on the way. With nearly four years having passed since their 4AD debut, the excellent My Maudlin Career, it’s news that’s sure to please many.

The new album, Desire Lines, was recorded last December when the band decamped to Portland to work with GRAMMY nominated producer Tucker Martine (R.E.M., Spoon, My Morning Jacket) and pleased with the progress they made there, they returned a month later to finish it. Entitled Desire Lines, it’s now slated it for release on June 4th (3rd in UK/EU).

Tracyanne Campbell from the band says, “Of all our records this was pretty much the most challenging to write, partly because of the situation we found ourselves in with having to take such a long and uncertain amount of time out, but also because it would be record number five and we were getting harder and harder to please. Working in the US with southern gentleman Tucker Martine was a positive experience. He brought a certain calmness to recording that wasn’t there before. We were also delighted to have Neko Case and Jim James sing on the record too. What a treat.”