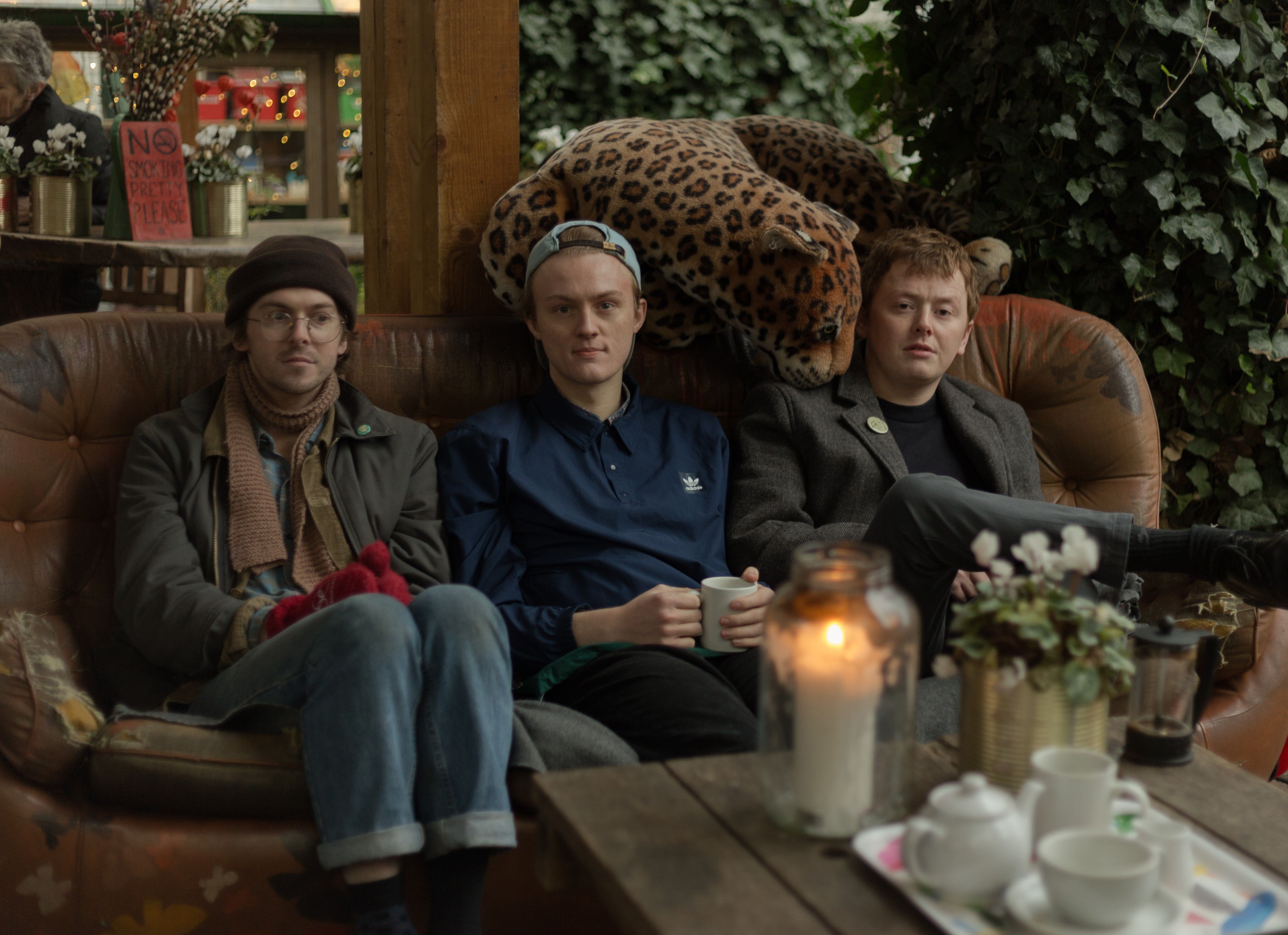 UK trio, Cagework is led by singer/songwriter by Sam Bedford. The band formed in South-West England, and are influenced by odd lo-fi indie, post-hardcore, early emo and smatterings of avant-garde folk. The band have been together less than a year, playing shows in South London and beyond, releasing one single. Today, they are debuting their new video for “23.”

Cagework were spotted by Justin Lockey (Mastersystem/Minor Victories) who was immediately keen to produce and release the album on Physical Education, a label he co-runs. Evidently, the production on the album has been left as abrasive and raw as Bedford intended, all big drums and Albini influenced discord.

The band travelled up to Phys Ed founder Justin Lockey’s South Yorkshire studio. Just before the session, the band threw a wildcard down; Wilson – a track which was to become the first single from the record. “That song is about someone who is lonely, isolated and how it’s probably because of their values, or certainly how stubbornly they’re sticking to those values,” Bedford says. “It’s about accepting that sometimes you need to change how you think about yourself and recognise when the choices you’re making are making you unhappy.”

Coming in at 16 minutes, the self-titled debut album is as direct as it is vibrant. Dissonant, atonal, yet somehow hook-driven, its confidence and self-assuredness demonstrative of a band long into the game, not a group only beginning so recently. As Bedford explains, “It seems strange to want to draw a line under such a short period of time, considering we’ve been a band for less than a year,” says Bedford. “But we were looking ahead and really wanted to have these songs documented, with so many more being written all the time.”

But what about since then? “We played through the initial excitement around the release of Simmer, which was really encouraging,” says Bedford. This period included some touring and some support slots alongside The Districts, Yuck and Hembree. The album is now available Physical Education Recordings.