After the release of Shia, their debut album, Holiday Mountain continues to entertain audiences with “Buffin’”. Like neon-absurdist party anthems like “Bump that Bass” or “Cómo Te Llamas?,” “Buffin’” takes a look at obsession in the internet age with recurring images of Windows 98, stock images, ravers, and the track and album’s namesake, Shia LaBeouf. “Buffin’” is taken from Holiday Mountain’s debut LP SHIA.

Holiday Mountain is an electronic music duo founded by Mexican-American songwriter/keyboardist Laura Patiño and drummer/producer Zander Kagle. The two met in Boston while attending Berklee College of Music and together found a genre-expanding sound, fusing together their affinity for pop, hip-hop, and
electronic music.

Frontwoman and digital queen Laura Patiño explains “Buffin’” as a “tongue-in-cheek depiction of the generalized ‘hot mess/crazy chick’ character and what relationship obsession can look like in the digital age; from stalking someone’s social media accounts to snooping through their phone…The video was inspired by some of our favorite internet media like Shia LaBeouf’s green screen motivational speech, youtube ‘wtf/cringecore’ style videos, as well as some throwbacks to our childhood like Windows 98, Oregon Trail, and The Sims.” 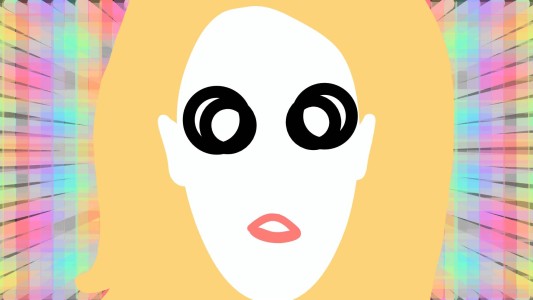