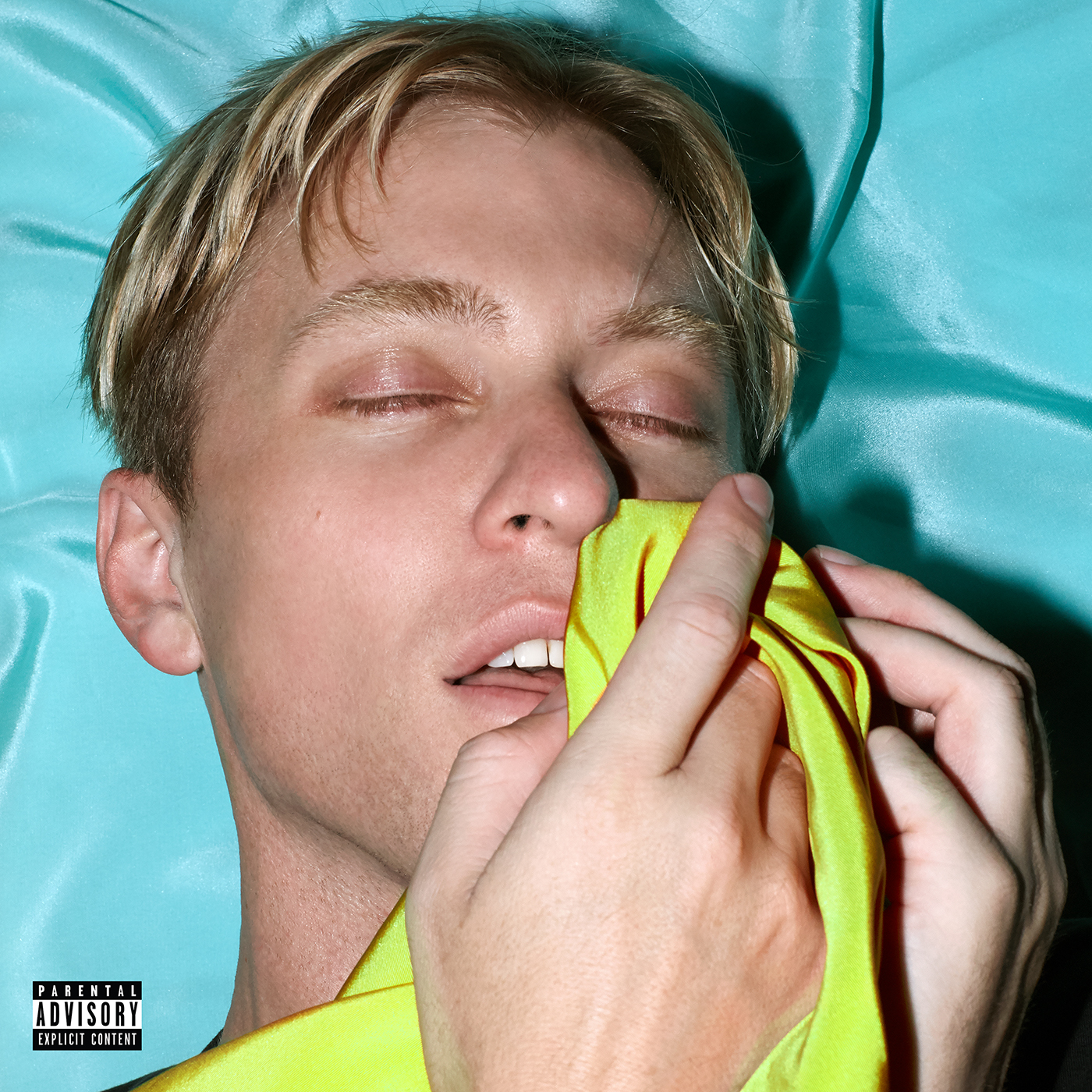 New York City’s own The Drums has long been a creative project headed by vocalist Jonny Pierce’s vision, present since their self-titled debut in 2010. But across a decade and four studio albums, the quartet has been whittled down to now, with Jonny Pierce as the sole member. In a way, The Drum’s fifth album, Brutalism (out April 5th via ANTI- records) is the band distilled to the most fundamental qualities that have made them unique. Upbeat surf-rock flare filtered through bass and drum electronic that better reflects Pierce’s dark lyricism. This is music that feels equally viable at the beach, in a nightclub, or locked in your room, and it’s strangely, amazingly listenable.

Jonny Pierce has always admittedly beat around the bush in regards to his own sexuality, and much of Brutality continues this sexual coyness, careful not to name names or pronouns yet blunt with its overanalysis of daily imagery, recognized in reflections on deteriorating mental health. Alone, smothering himself with a lover’s t-shirt (“Brutalism”), feeling the lasting contact of a goodbye hug (“Nervous”)—but he justifies his obsession with the ‘blip of joy’ it brings him: “With just one kiss, I forget that I hate myself” (“Blip of Joy”). On paper, the subject matter sounds cheesy and angsty, but Pierce explores his own voice so well with his Beach Boys-esque overlapping vocal swells that the listener is drawn in to his confessions. As he does to his lover, he hands over the rights to have his fragility destroyed, chastising his own vulnerability and hoping to feel less. In a way, being pushed into a solo act has allowed his own voice, lyrical and sonic, to flourish.

Brutalism pulls back and forth between surf-rock and electro, sometimes leaning heavily to one side. The titular “Brutalism” has a dark synthwave melody under breezy vocals; “Loner” has a clean bass mixed with reverb-heavy guitar distortions, under a reworking of that iconic breakbeat style of drums, which reappear on closer “Blip of Joy” as all these strings pull into a knot, now with a tinge of self-induced sadness in the swells and sighs of the backing vocals. At times, the distortion blurs over, as if Pierce is unraveling. Brutalism feels very much like a natural progression of the kind of dark themes first touched upon in the Beach Boys’ Pet Sounds, moody yet always dancey. Some of the production on the more electronic aspects come off as a little rigid in their retro-ness, but I was impressed by how clean everything mixes together.

The Drums, now solely in the hands of founding member Jonny Pierce, has honed its take on dance/surf rock into something sharp, if a little jagged, with Brutalism. The initially eclectic mix of tones comes out as honest and entrancing rather than ironic and nihilistic as so many happy-sad projects fall into. This is an album that can be enjoyed on many levels, immediately and with lasting effect. Standout tracks for me are the washed-out “626 Bedford Avenue”, the tidal ebb and flow of “I Wanna Go Back”, and the anxious, triumphant “Loner”.