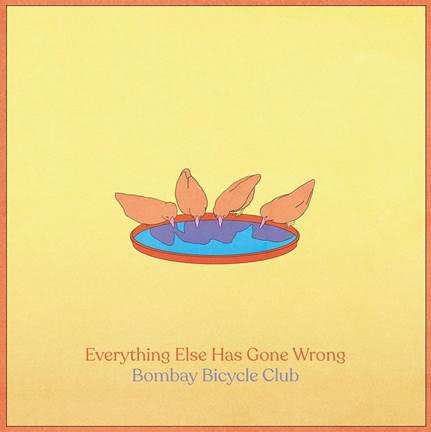 Bombay Bicycle Club, recently announced the details of their new full-length Everything Else Has Gone Wrong. The LP will be released on January 17 through Caroline International/Island Records/Arts & Crafts, and is the follow-up to the band’s previous release So Long, See You Tomorrow released back in 2014. Everything Else Has Gone Wrong was produced by John Congleton (St. Vincent/Sharon Van Etten/War on Drugs). Along with all the news, the band has shared a new video for Eat, Sleep, Wake (Nothing But You).

“This is an album for anyone who’s ever turned to music in a time of crisis, whether personal or political. It’s about the solace one can get from listening to music or playing music when everything else has gone wrong. It’s about finding kernels of hope and renewal in dire situations.”

Bombay Bicycle Club will follow their recent live return at Wilderness Festival with a tour of the US in September and October, stopping in Toronto for a show at the Phoenix Concert Theatre on October 3. Full tour dates can be found below. The band will also perform handful of UK shows to celebrate ten years of their debut album, I Had The Blues But I Shook Them Loose. These shows, including a return to Brixton Academy. The band have just announced a major UK/Ireland headline tour to coincide with the album’s release that sees them returning to arenas including a London show at Alexandra Palace.

“Playing together again is such an unexpected surprise for the 4 of us and yet from the first moment we started rehearsing it felt as natural as if we’d played a show the night before. We feel a freshness playing live and in the studio that I think can only come from having taken a step back and now we just want to play these new songs to as many people in as many countries as we can”, says Jack.