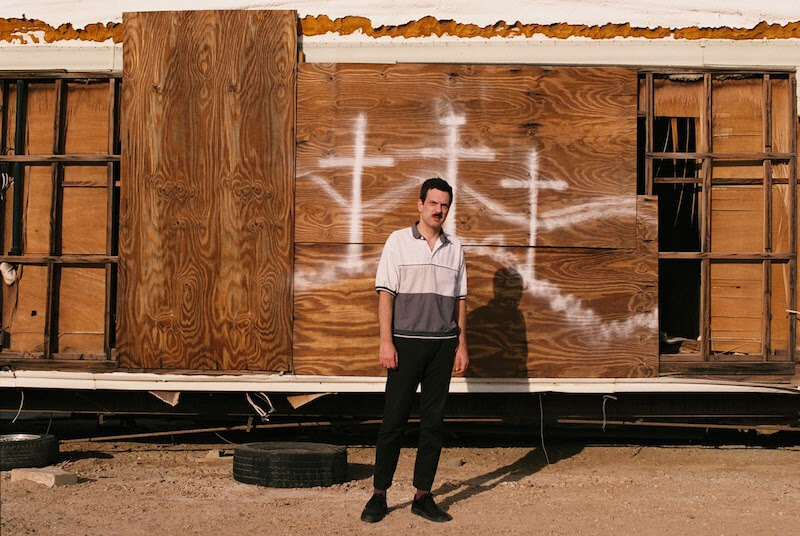 Black Marble, aka Chris Stewart, has shared a visualizer for his single “Ceiling.” The lyric video was edited by Alana-Marie French.

“”Ceiling” is about the persistence of memory and the fear of starting to lose the plot on what’s happening. When you talk to people these days, there’s a pervasive sense that we’ve lost a sense of shared reality and yet you never hear anyone indict themselves as being responsible. So this song just deals with the paranoia of thinking like, ok, what if it’s not them it’s me? Or what if it’s not me now, but inevitably it one day will be? And does it matter? ‘In silence for the words we leave behind’ is about holding onto meaning, but not any one idea, just the hope that it persists. It’s a recitation to ward off the thought that we’ll return in another time and be unable to understand the plights of the day, or parse any of the ambiguity that exists between people.”

Fast Idol is Stewart’s fourth full-length album and his second for Sacred Bones. His previous album Bigger than Life was written in the face of cultural shifts in the US, in experiencing these he realised he was not keyed into certain negative sentiments that were bubbling below the surface, which were breaking out into the open. “I chose to try and take the approach of a soothsayer writing from a macro level, trying to find strands of connection between us because it didn’t feel appropriate to create something self referential and gloomy at the time,” he says.

Stewart writes and plays everything himself, and tours with a rotating cast of players. Emerging from the early 2000s New York synth scene, Black Marble carried on the tradition of early synthwave pioneers like Martin Dupont and Modern Art who repurposed synths once reserved for expensive studios and stadium rock superstars. Available widely and cheaply for the first time, these synths became a staple for bedroom artists – connecting wires and twisting knobs into something that felt entirely new. Seeking to channel this spirit, Black Marble recalls the gauzy tape wow and flutter of The Membranes and the warbling VCO of Futurisk, carrying on a sound that seeks to channel the future while imprinting residue of the past. These early reference points are still audible, an electronic sound steeped in punk spirit, galvanised by passion: “When I started making songs I got enough positive feedback just to keep me going,” Stewart says, “and then I never stopped.”