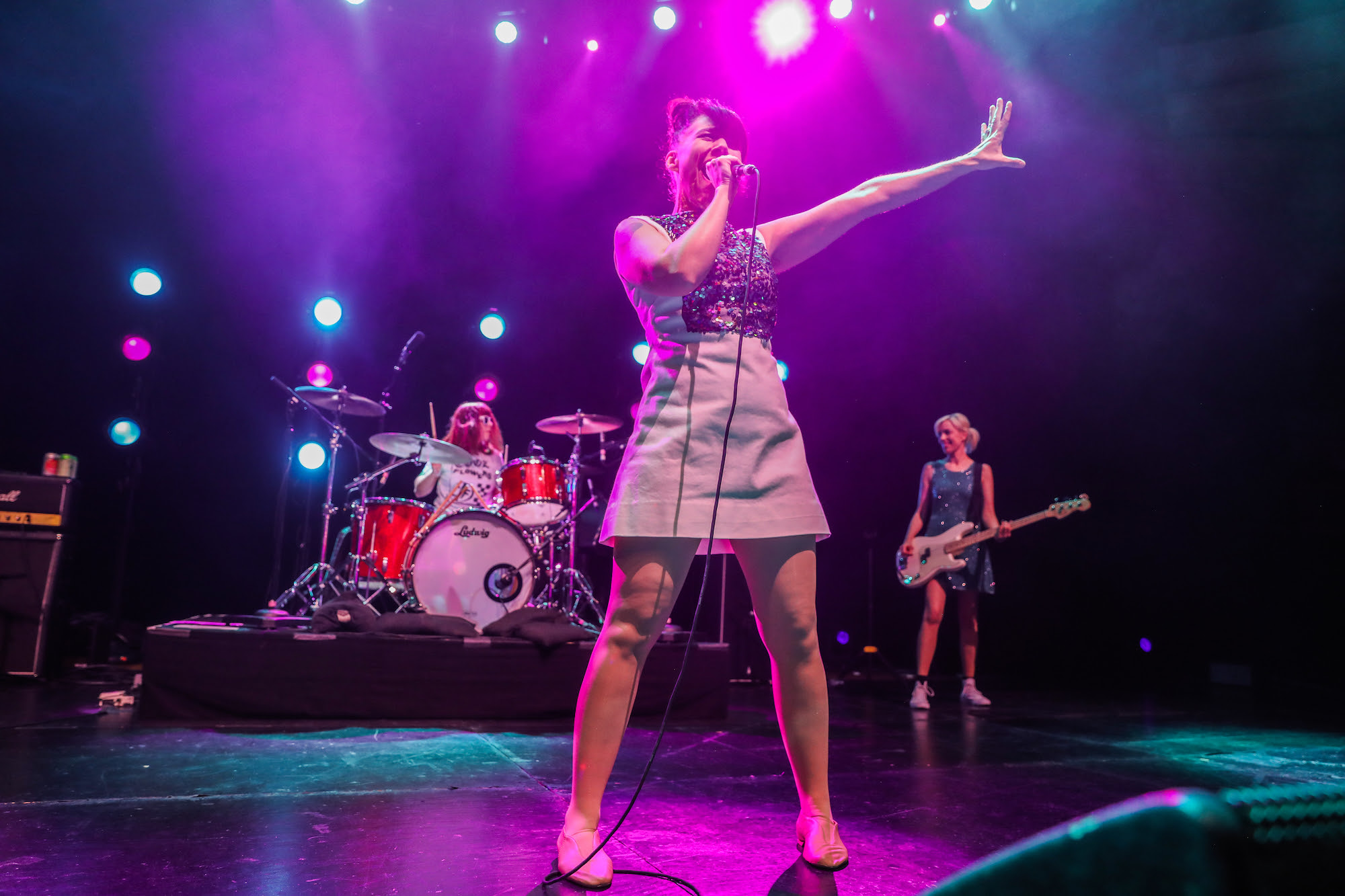 Bikini Kill recently reformed for ten performances in select cities, including NYC, LA and London + a special headlining Riot Fest appearance. Marking their first full shows since 1997. The band has announce today, a more expansive, international tour in 2020. Tickets go on sale November 8 @ 9amPT/12pmET. There will be a presale for Bikini Kill fans from 9amPT-12pmPT on November 7th. Presale code will be sent out via the Bikini Kill newsletter.”

The run kicks off with a return to Olympia, WA and a benefit concert for Interfaith Works Nightly Shelter, a local non-profit acting as the only shelter/homeless services program that explicitly prioritizes women and LGBT single adults in the Olympia community.

These shows sees the band performing with the lineup of Kathleen Hanna on vocals, Tobi Vail on drums, and Kathi Wilcox on bass — along with guitarist Erica Dawn Lyle.

Interfaith Works, founded in 1945, is a non-profit coalition made up of 32 diverse faith communities in Thurston County. Interfaith Works homeless services is one of the primary service providers for single adults and couples without dependent children living with extremely complex challenges related to their physical and mental health. IW is the only shelter/homeless services program that explicitly prioritizes women and LGBTQ+ adults in our community. We always aim to hire people who reflect the experiences of our guests, so, like our shelter guests, the majority of our staff have lived experience with mental health and substance use challenges, homelessness, poverty, and are trauma survivors. At our 42-bed nightly shelter we specifically screen in the people who have been left out of all other services. Our ideal guest is over 50 years old, meets the federal definition for “chronic homelessness”, is living with a permanent disability either physical or mental health related or both, and living with severe, persistent substance use challenges. We are a high access shelter which means that we serve all genders, allow pets, we allow couples to stay together, we don’t require ID, and we focus on building relationship and trust aimed to create an environment of community safety. We have moved over 200 people into permanent housing since we’ve opened and served over 1700 unique individuals in 5 years. We are on the front lines of a daily response to a national crisis, and one of the most complex and polarizing issues facing our community today. We are dedicated to working with all people, businesses, and organizations to make our community safer, and give everyone the opportunity to thrive. Donate to Interfaith Works Nightly Shelter HERE

Active from 1990 to 1998, Bikini Kill started in Olympia, WA, and later moved to Washington, DC. Billy Karren joined Kathleen Hanna, Kathi Wilcox and Tobi Vail on guitar after the band had played several shows as a three-piece. Credited with instigating the Riot Grrrl movement in the early ’90s via their political lyrics, zines and confrontational live shows, Bikini Kill encouraged women and girls to start bands as a means of cultural resistance. They used touring as a way to create an underground network between girls who played music, put on shows and made fanzines. This informal network created a forum for multiple female voices to be heard.

Bikini Kill started touring in June 1991, serving up their radical feminist punk rage to crowds across the US several times, as well as making their way through Europe, Australia and Japan. The band recorded and released a demo tape, two EPs, two LPs and three singles which are available via their independent label Bikini Kill Records. The band has just re-issued Pussy Whipped and Reject All American, available now on vinyl & CD for the first time since they went out of print 7 years ago. They also uploaded their entire catalog on streaming services last Fall. Now available for streaming on Spotify, Tidal and Apple Music, the catalog includes landmark releases from 1991’s Revolution Girl Style Now to 1998’s The Singles, which features production, guitar and vocals from Joan Jett.