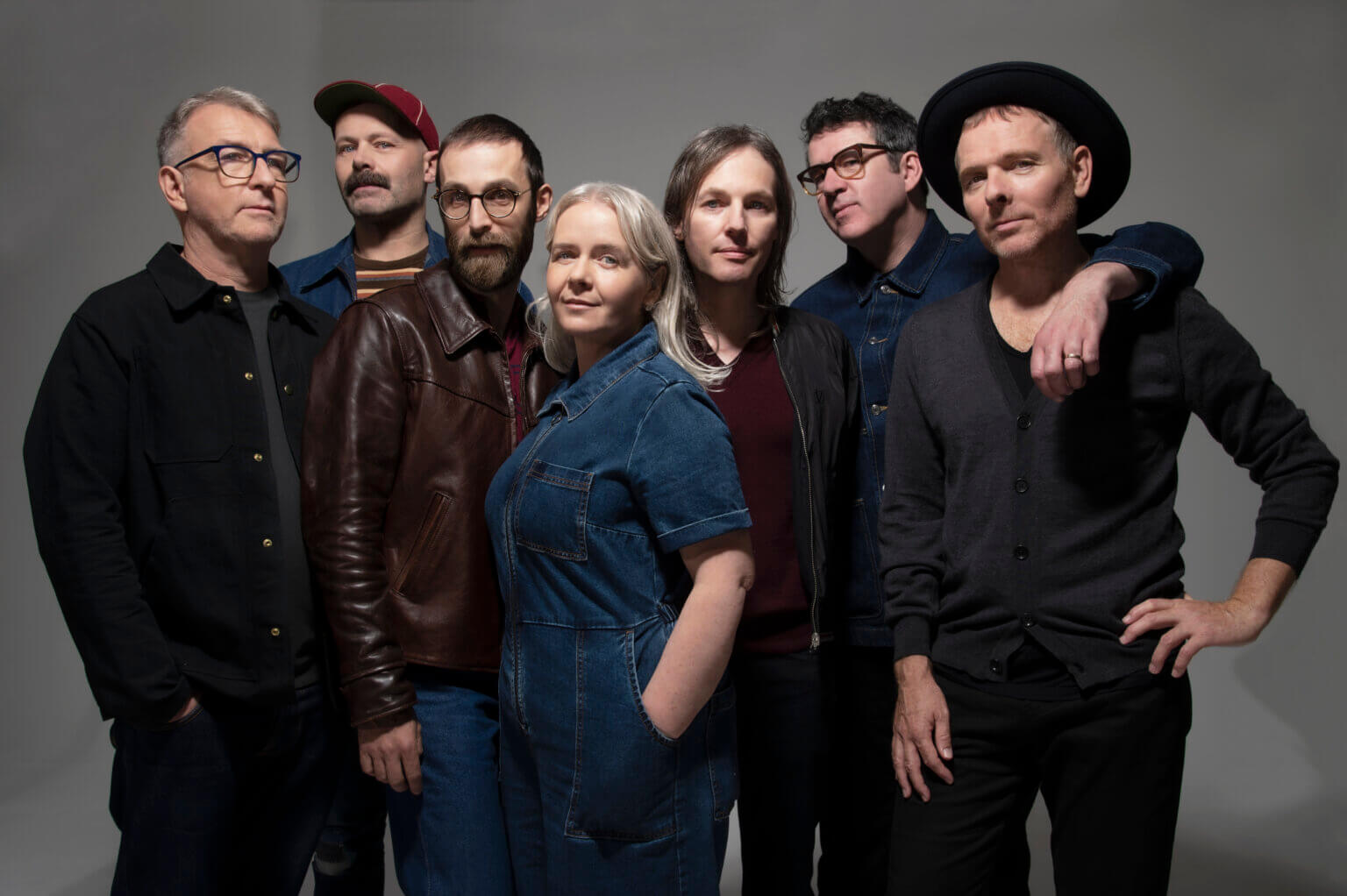 Belle and Sebastian announce new album Late Developers. The indie Scottish band's LP drops on January 13, 2023 via Matador Records
Share on TwitterShare on PinterestShare on PocketShare on RedditShare on FacebookShare on Email

Belle and Sebastian are starting 2023, with new album Late Developers, which is dropping on Friday, January 13th via Matador Records. Ahead of the LP’s arrival, the band have shared it’s First single “I Don’t Know What You See In Me.” The track is their first co-write, featuring young pop composer Wuh Oh (Peter Ferguson).

Says frontman Stuart Murdoch: “I was bicycling across Scotland last summer, listening to a mix of this song. It was written and produced for us by our friend Pete ‘Wuh Oh’ Ferguson. As I listened to it, I felt lucky to be the first person to get to sing this song. I let my voice swoop and soar in ways that it maybe hasn’t before. And as I continued through fields of gold and green I allowed myself to forget it was Belle And Sebastian, and pretend it was the latest hit on some random radio station. All music is escape, and perhaps we managed to escape a little further than usual with this unexpected tune. Thanks Pete!”

Do you love Belle and Sebastian?

When you look at the cover of one of their records do you instantly get transported to a much-improved state of mind?

Have you found yourself in a dimly lit bar screaming at the top of your lungs over the DJ that YES, “STARS OF TRACK AND FIELD” IS AN ALL-TIME ALBUM OPENER BUT IF YOU THINK ABOUT IT “I DIDN’T SEE IT COMING” MIGHT BE EVEN BETTER???? to your friends who don’t know why the fuck you’re getting so worked up about Belle and Sebastian right now, man?

Do you get a little spring in your step every time you picture them playing the title track from The Boy With The Arab Strap to a room packed like a sardine tin with smiling faces and dancing bodies?

Did you also first fall in love with Belle and Sebastian in 2015 wandering around Belfast in the freezing rain listening to If You’re Feeling Sinister on repeat, only removing your hand from the warmth of your pocket to bring the second track back because the lyric “If I remain passive and you just want to cuddle then we should be okay and we won’t get in a muddle” is killing you and you can’t understand how you haven’t been listening to this band your entire life? No, but something like that maybe?

If you love Belle and Sebastian, 2022’s A Bit of Previous was a surprise gift that felt earned in the midst of some tough-ass times. Belle and Sebastian have already given us a bounty of classic records, so with the previous half-decade’s output – scattered EP’s, soundtracks, and a live record that doubles as a greatest hits collection – you would be forgiven for assuming there was nothing left in the tank and it was time to fire up the tour bus for some album anniversary shows. But you’d be wrong. Turns out the band spent the bleakest parts of peak pandemic times with each other, harnessing the magnitude of an unthinkable situation and the solitude of rides on an empty train car to distant areas of a beautiful snow-covered city. They transmogrified that energy into beams of joy, heartbreak, truth, hope, spirituality, loss and love shining through every moment. It was as if we had been wandering through a cold, dark, seemingly infinite forest until out of nowhere Belle and Sebastian appeared, waiting in the doorway of a warm and familiar space. A space that was previously designated for rehearsal and mail-order, but is currently wallpapered with A4 paper bearing potential song titles. As bass and kick drum patterns pump through the wall, the band invites you in from the cold – not to lie and tell you everything is going to be okay, but to let you know that you are not alone.

SO HOW LUCKY ARE WE THAT THEY WERE MAKING TWO RECORDS ALL ALONG?!

Recorded in the same sessions as A Bit of Previous, Late Developers doesn’t feel like a collection of lesser-than songs that weren’t good enough to go on the “real” record (I’m looking at you, System of a Down’s Hypnotize!). Rather, it’s an embrace of the freedom that comes with a jumbo-sized canvas, skilled students left unsupervised to paint whatever picture they feel like.

While I shudder to do the thing in a bio where I try to describe music to you with words, Late Developers takes you on a journey as the band floats through genres with ease – from the frantic Billy Bragg-with-hella-flute-energy of the opening track, “Juliet Naked,” and what I think might be Stevie Jackson’s best song (“So in the Moment”), into a legit all-out radio-ready dance party in the third quarter of the record (“When You’re Not With Me,” “Do You Follow”) which includes a Belle & Sebastian first, a co-write with young pop composer Pete Ferguson (“I Don’t Know What You See in Me”). They then unearth a 1994-era pre-Belle and Sebastian tune, “When the Cynics Stare Back From the Wall” with the help of Camera Obscura’s Tracyanne Campbell right before they bring you home at the end with a true fuckin’ bop (“Late Developers”).

This sunny musical disposition is regularly confronted by the reality that sometimes life and love do not feel good. Major chords on a harpsichord and plucked guitar breeze by as Stuart Murdoch and Sarah Martin lament in harmony, “the world is killing me / I’m out to sea” (“Will I Tell You a Secret”). Belle and Sebastian have always had a knack for juxtaposing the music and lyrics to express the chaotic washing machine of emotion that accompanies being alive. And there’s an effortlessness to Late Developers that reminds you that you are listening to the experts on this. Shit, on “Evening Star” Stuart casually shows off his two-plus-octave vocal range within the first stanza as if it’s nothing. Keep in mind though, no one is flexing and there’s no pretentiousness here. It always feels like friends in a room together communicating through music and enthusiastically encouraging each other to explore every possible path with fervor and love.

It is beyond remarkable and inspiring that a band 600 years or so into their career can make music that not only feels immediate and effective, but two back-to-back albums that feel like Belle and Sebastian are at the top of their game and will always be there for you, while admitting tunefully that yes, “Every girl and boy, each one is a misery.” But it’s not like their goal is to drag you down into the doldrums of despair. They schemed away in the darkness to create something to be brought into the light. Late Developers makes a convincing argument that Belle and Sebastian will eternally be coaxing you towards inner peace with the perfect word for the moment or a melody that lifts you out of the murk of all that terrifying truth and into a world where you can allow yourself to look at the sun, take a deep breath and exist within that truth, living happy in the best way you can.