Alex Maas of The Black Angels, recently announced his solo debut, Luca, which will be released on December 4th via Innovative Leisure. Along with the album’s announcement, Alex Maas shares the record’s first single, “Been Struggling.” Named for Maas’ firstborn, whose name means “bringer of light,” Luca was a long time coming, with some of its songs dating back almost a decade, put together piece-by-piece over the course of a couple years. A powerful work of gentle psychedelia, and a notable sonic departure from the heavy, pulse-raising sound that Maas has become renowned for, Luca was co-produced by Maas and Jack White’s sound man Brett Orrison. The album showcases “a whole different part of my brain,” according to Maas. “I wanted to go someplace musically that I’ve never gone before.” What resulted is a hypnotic detour along the wild trails of Maas’ homestead of Texas, driven by nature and colored by a swirl of meditative thoughts about its creator’s son, the often-scary world he was born into, and how to navigate the perils of modern society.

Everything changed for Alex Maas in 2018. That was the year his first child was born—a happy and healthy baby boy—sending The Black Angels’ vocalist and multi-instrumentalist into a flurry of emotions he hadn’t felt before. There was the joy, of course, and the sheer awe that comes with creating new life. But to a lesser degree, there was also the fear: What world is his son going to grow up into, exactly? And how can Maas protect him from the dangers within it?

“The world is definitely messed up,” says Maas, a Texas native who’s lived in Austin for decades. “But there’s a lot of good in it too, and that’s why the whole world isn’t on fire—parts of it are. I do believe that there’s more good than evil.”

For more than 15 years, The Black Angels have served as one of rock’s preeminent purveyors of blissful walls of fuzz and intensity. They’ve also served as ringleaders of a larger psych-rock scene, particularly through their Levitation music festival, which inspires a pilgrimage of kindred spirits from around the world to the Austin area year after year. But Luca scratches a new itch for Maas. 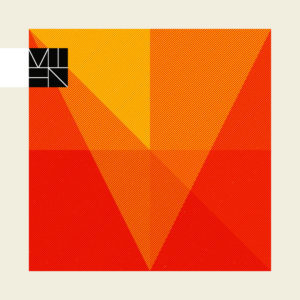