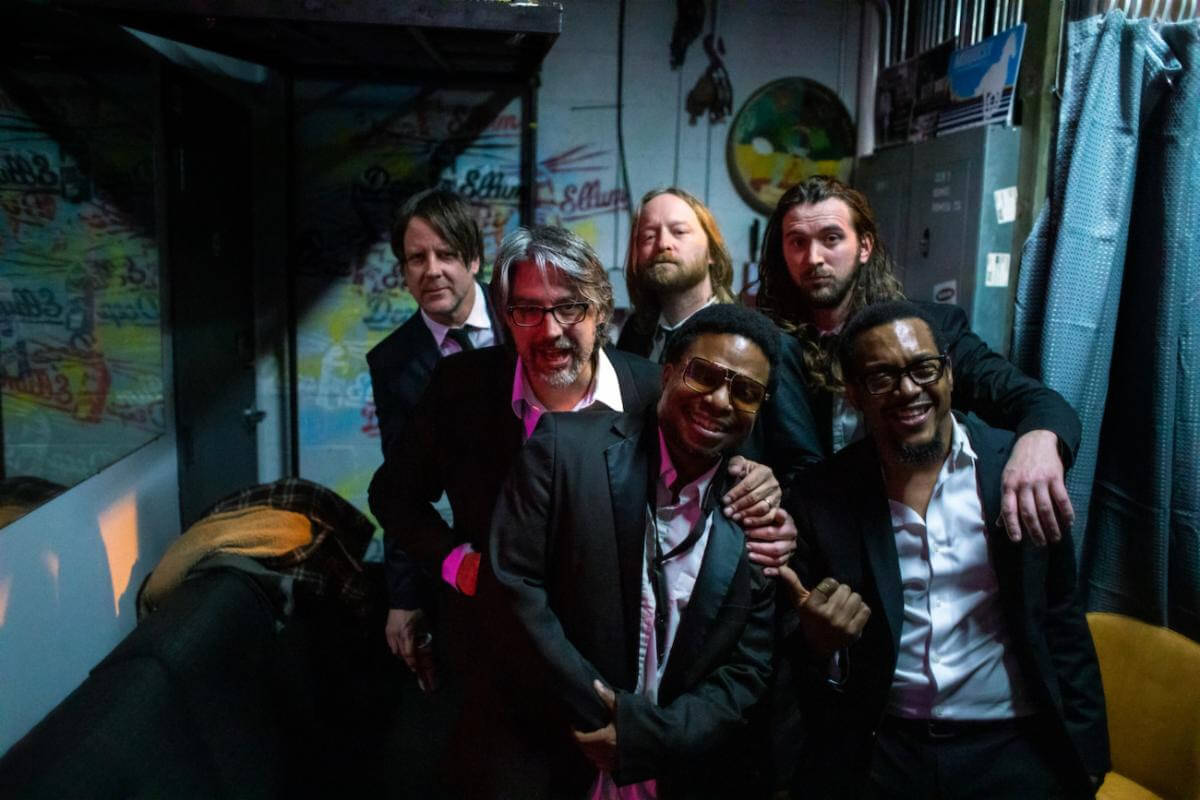 Bastards of Soul have shared their new single “Glass of Ashes,” The Dallas band’s song is the second single off their forthcoming LP Corners due out the spring of 2022, which is one of two full projects from the group recorded before the untimely passing of its frontman Chadwick Murray in September 2021. Hence its name, “Glass of Ashes” arrives following the previously released single “Lizzy Louise.” A bond that goes beyond music itself as the remaining members memorialize the light that Murray brought to the world.

The road to Corners—Bastards of Soul’s most passionate-sounding and vital album to date—was marked by discovery and triumph for the Texas quintet. The band’s genesis dates back to the early 2010s, with bassist Danny Balis and keyboardist Chad Stockslager kicking around the idea of bringing together a soul group after years of gigging in the scene. Murray, an acquaintance and a well-known Dallas-area bassist, was recommended by a mutual friend off the strength of his surprising singing chops.

“We knew him as a bass player, but none of us knew he could sing soul music,” guitarist Chris Holt explains. “I remember him telling me how excited he was about the band,” remembers Hannah Murray, Chadwick’s widow. “He loved and admired them, and he put a lot of time in the band. He was able to express himself in a different way than he’d done previously.”

With Holt and traps player Matt Trimble rounding out the group, Bastards of Soul started jamming on covers in earnest in 2015, honing their chops together for a full year before making their debut at Balis’ venue The Twilite Lounge. “We set something that would force ourselves to get it together and put on a show,” Holt recalls, and from there it was off to the races as Bastards of Soul began building plenty of buzz in Dallas and beyond.

After the COVID-19 pandemic took hold in the U.S., Bastards of Soul began work on what would become Corners remotely, sending demos back and forth until it was safe to be together in the studio again. “We were suddenly put in the position where we couldn’t work together like we worked before, and Chadwick’s health concerns prohibited him from being in the room with us,” Stockslager explains while citing Murray’s battle with type 1 diabetes.

The anxiety of being separated from one another without the ability to perform live together or write new songs as one collective, inadvertently led to the individual band members writing tunes about fractured relationships and emotional distance. Adding into that energy, the state of things politically in a divided country also fueled material rooted in anxiety, uncertainty and distrust – all themes that weren’t nearly as evident on the much lighter Spinnin’. This collection of songs that became Corners was truly shaping up to not only reflect what the group was going through individually, but serve as a reflection of what many had experienced since the pandemic began as well.

After everyone was fully vaccinated, they were able to reunite in the studio and bring the full-band richness to Corners’ nine songs. “We had no physical interaction with Chadwick until he got vaccinated, which was really weird for us as a band,” Holt recalls. “But we were eventually able to get back to some sense of normalcy.” “We felt like we were pushing each other to get it all done, but it felt triumphant,” Trimble adds. “Chadwick would get these great takes, and we’d think, ‘Oh my God, we got it.’”

“We were cramming everything in a six-week period, and we didn’t see any real red flags about how Chadwick was feeling,” Holt explains while talking about the band’s final days working with Murray, who was admitted to the hospital with a rare autoimmune disease shortly before the birth of his first child and after completion on Corners. “None of us thought there was anything wrong, and he was really excited about what was coming.”

“He was very humble, unpretentious, and genuinely grateful to be part of the band,” Holt says while reflecting on Murray’s legacy. “We had faith in him to be our guy, and he embraced his ability to communicate with the audience as a frontman. He knew how to be the face of the band, and that was invaluable to us.” “One of the many wonderful things was how he connected with people—sharing that energy and excitement with fans and listeners,” Hannah Murray remembers while discussing her late husband’s passion for performing and touching the lives of those around him. “He loved it.” And so Corners is a powerful vessel for Chadwick Murray’s spirit to live on and continue to reach new listeners for years to come.

Order “Glass Of Ashes” by Bastards Of Soul HERE