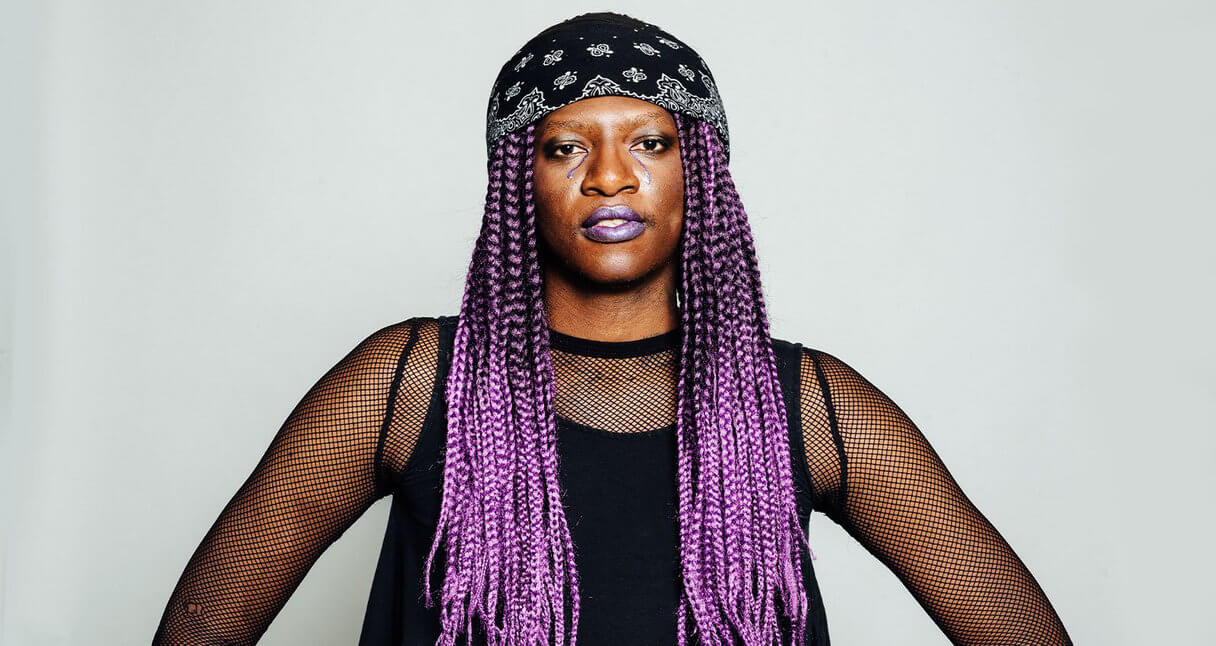 There are artists that work in specific genres that are usually happy enough to be creating fine work that is pleasing to themselves without having thoughts that it would be something that will even reach a worldwide audience. Working without a record label or management teams or even outside of your home studio can allow you the freedom you may need to truly hone your voice and your craft and, with the options available online, as an independent artist you have the ability to be able to find a few like minded individuals that will relate to what you do. It is truly an amazing experience to have your work transcend your genre and all of a sudden reach a multitude of people that, as it may even surprise them, emotionally connect with your experiences so fiercely. This has been the case with Backxwash.

Backxwash aka Ashanti Mutinta is a Montreal based, Zambia born hip hop artist and in May released one of the most talked about albums of the year with the stunning God Has Nothing To Do With This, Leave Him Out Of It. The record has exploded out of the DIY sphere it was created in and has left not only rap fans but music listeners all around the world shook, speechless and ready to listen to it all over again. The album is specifically based in the Horrorcore world, an intense sub genre of rap that was started and popularized by such groups like Gravediggaz and Flatlinaz in the nineties and continues today through the music of bands such as clipping and Ho9909. Backxwash puts a much more personal perspective in her work comparatively though. The aggressively personal album documents her experiences with coming out as transgender and in turn her relationship with family, community, religion and herself. It is a harrowing listen, packed wall to wall with hugely aggressive beats, her booming, bellowing voice and immaculate flow, all showcasing her abilities as artist, producer and songwriter. Mutinta is one of the new vanguards of Canadian hip hop, a genre not hugely represented in this country and, now fresh off her win of the coveted Polaris Music Prize, which is awarded entirely on artistic merit to the best Canadian record of the year, she has become an ambassador of our countries music and that couldn’t be more exciting.

Growing up in Lusaka, Zambia, Mutinta became obsessed with hip hop at a young age when her sister showed her the video for “Mo Money Mo Problems” by The Notorious B.I.G. “I just thought it was super cool,” Mutinta says with a laugh when we reach her at her home in Montreal. “Then it just kind of started from there.” Her love of the genre also became an interest in music production. “Most of the artists I would listen to made their own beats and my brother brought home the program Fruity Loops 3 one day when I was like 12 or 13 and I kind of became obsessed with playing around on it.” Mutinta got quite adept at using the program to the point where she was making beats for local kids but at seventeen moved to Canada and stopped creating music for a time until she left for University in Montreal and eventually found her community. “I guess it was just a big cultural difference coming here when I was 17 and immediately sent into a different environment. I got more interested in it all again after I went to Le Cypher in Montreal.” Le Cypher is an open mic jam session in Montreal and when Mutinta came upon it, it recaptured her love of the genre. “I saw people rapping and wanted to try it again,” she explains. “It wasn’t easy to find a Queer community and then find a hip hop community I guess. It all really depends on the intersection of the hip hop and the queer community. Le Cypher was how my hip hop community expanded.” She jumped back into music production and while it was gratifying, it took some time for her to develop the style she has honed now. “There were these like glimpses of Horrorcore in the early stuff I was making. It all kind of developed slowly.”

When Mutinta was creating the beats that would eventually become the tracks on God Has Nothing To Do With This, Leave Him Out Of It was when she really felt she hit her stride. “A lot of the inspiration and ideas that make up the beats on my records can just come from elements of sounds that I like,” she explains of her creative process. “I can scroll through YouTube and hear a guitar lick or something else that will jump out to me and I think that it would sound cool on a track and I go from there. There were certain songs on the album like “Amen” where I was searching specifically for a Zambian choir but on others like “Spells” for example, was just something I randomly found.” These two tracks in particular are highlights of God Has Nothing To Do With This, Leave Him Out Of It. “Spells” features a hook from Devi of the now unfortunately defunct Montreal noise pop outfit Black Dresses and an awesome glitched out instrumental bit off the top that launches into a definitively hard hitting verse with lyrics that give you an idea of what to expect from the album. “I told my mama that the devil got a place for me/I’m going to hell and then I bet you I’ll be safe for weeks/I’m only human even though it doesn’t feel that way/I’m broken useless in the morgue and I can’t leave the place.” It’s darkness revealing a certain kind of catharsis that only some of the more honest lyrics in music can. The record top to bottom is an intense listen but not without some super earworm-y hooks, while at the same time allowing you a glimpse inside of Mutinta’s headspace and some understanding of what her experience has been. “There were times in making some of the other records that the personal story wasn’t as deep as it was on this one,” Mutinta says about the lyrical content of the new record. “This was the first time I said some of these personal things out loud. It was like when I was making these beats and thinking I like the way these beats sound and these beats have a special feeling for me and it wouldn’t do them justice if I didn’t come to them with this personal story. When you open up the album it’s that Ozzy Osbourne sample right off the top and I felt if lyrically this wasn’t my personal story it would do a disservice to the production. I wasn’t really doing it with my previous projects and it was really alarming for some people to hear this record but I felt I am ready for people to see that side of me. Some people would listen to the record and then genuinely ask me if I was okay,” she says with a laugh, “I would have to tell them yes, I am fine.”

Even though Montreal is on lockdown as a precaution about the spread of COVID-19, Mutinta has found a wonderful community of people, worldwide, online and with her recent win of the Polaris Music Prize, the record has been catapulted onto the worldwide stage. “It is remarkable. The community is worldwide online and it is very strong as well. I wish I had this community growing up but now, especially with being stuck in our confines, it is nice. Plus the internet is much better and more accessible now and in a larger scale.” While touring is on hold for the time being as well, Mutinta is content with waiting things out until it is safe to do so. “I am hoping when it is safe out there then we can organize a tour and hit all of Canada. I want to just be around and visit different places. I actually played Vancouver in February at an event called Glitterball and it was so much fun. I really can’t wait to visit my friends in Vancouver again.” With her exceptional new album now getting the attention it deserves, we here in Vancouver and people all around the world can’t wait to see Backxwash as well. 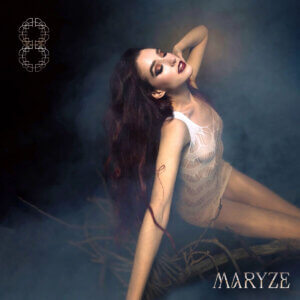 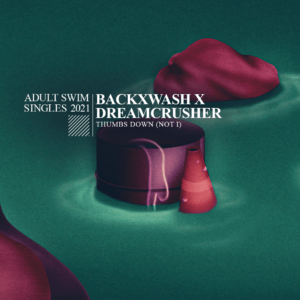 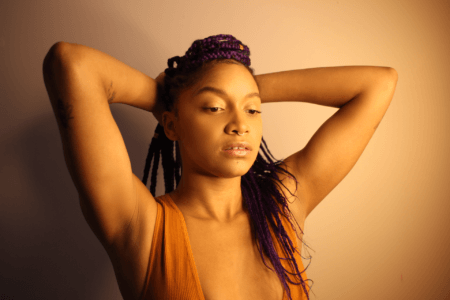 Janette King Takes Off With “Airplane”