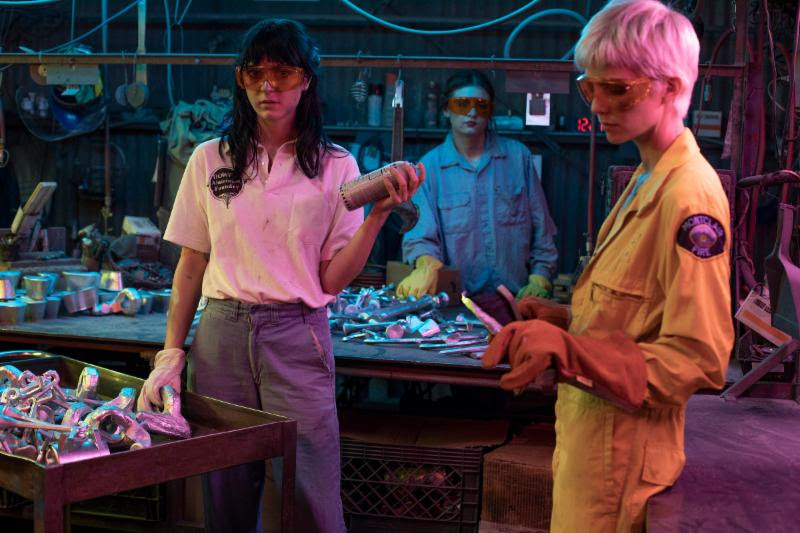 Automatic, has shared a video for “Calling It,” the clip was directed by Ross Harris, is a modern day take on the Greek Myth of Pygmalion, which tells the story of Pygmalion falling in love with one of his sculptures who comes to life. Automatic’s visual is a sci-fi rendition of the same tale. Shot in an aluminium factory owned by drummer Lola Dompé’s grandmother since the 1970’s, the video follows the trio as they begin to spiral, slowly losing their minds and growing obsessed with making little men out of aluminium. “It’s a factory run by women” the band says, “and we liked that as the basic concept.” “Calling It,” is now available via Stones Throw Records (J Dilla, Los Retros) and various streaming platforms.

“Calling It” is Automatic’s first song after signing with Stones Throw Records and arrives ahead of a string of shows in Los Angeles. The band is set to play a month-long residency at The Echo every Monday in August, followed by a London show on October 22nd.