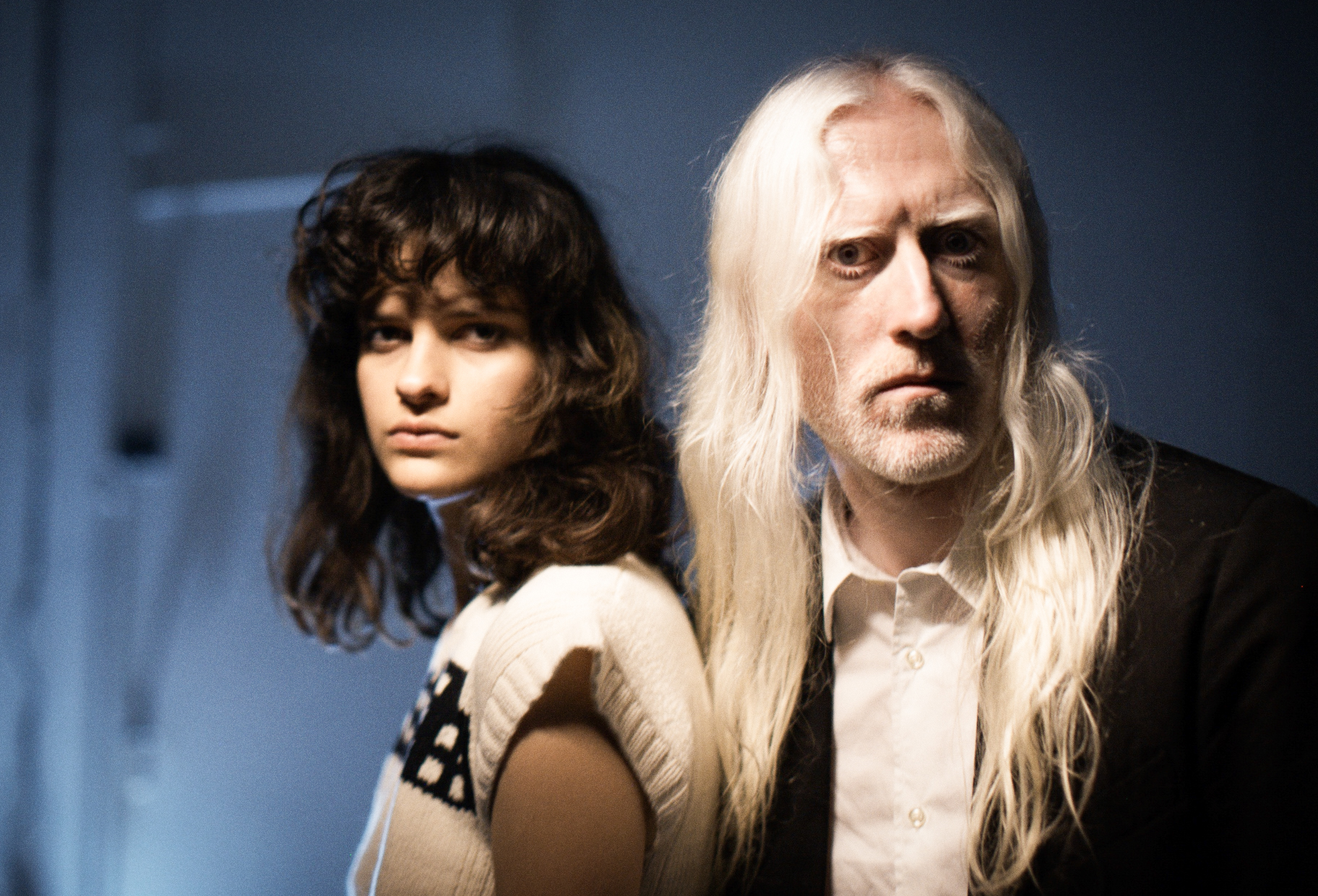 Despite coming from different decades and focusing much of their attention all over the art world, Producer/engineer David Wrench and artist/model Evangeline Ling found creative synergy in making music. Forming Audiobooks after their hangouts produced countless songs, the two can’t get enough of their creative partnership. We caught up with Wrench and Ling between their new Gothenburg EP release and some live dates to talk about their need to make art.

Northern Transmissions: You’re both on multiple sides of different arts industries so how did you and Evangeline meet, and how did you lock into the idea of making music together?

David Wrench: We just met at a friend’s party and chatted from there about all sorts of nonesense.

Evangeline Ling: Then I went to David’s studio, and I was asking him questions about using his synths. After he taught me about the wiring of his synths, I ended up playing around on them.

EL: I was just there to fiddle and look at his studio, because it’s a synth haven in here.
DW: I decided to listen in and it was good, so I joined in. I hit record, and we ended up making “Gothenburg” that day.

NT: How did you want make this unique from the music you’d both made in the past?

DW: It’s really what just came out from our different personalities and tastes.

EL: It was always hanging out first, we never sat down and said “Okay this is going to be a project.” When I’d come ’round, it would be this burst of creative energy bouncing off of the paintings and drawings from art school. I would come in and have fun here (in the studio), it never felt like a band until we had a handful of tracks.

DW: We probably made and recorded about 15 tracks before we even realized it was a band.
EL: We had these big long jams, and out of those jams came different ideas and tracks. It was just always hanging out and jamming or listening to records.

NT: I understand Evangeline you were both painting to songs and also using paintings to inspire songs, so how does that start?

EL: At art school, I would often show music with my paintings. People would often be confused that I could show the two things as one. They’d ask “Is your music entertainment and this is your art?” so many questions like that. I was only doing them at the same time because I needed the two to feed off each other. In my brain I was using the same place but with different materials, so lyrics and melodies come from the same place as my painting. I know they really do exist together, because if I haven’t been drawing, I can see my lyrics suffering in a way.

NT: Given your extensive engineering credits David, how did you want use these talents to shape your creative writing?

DW: It’s only ever us two in the room, adding any personality in would throw it off. We got Stella [Mozgawa] in to do drums but that was a separate session. I’ve got it wired in here to be simple. Because I’ve done it so much, I find most people overcomplicate engineering when it can be very simple. If you get the basics right, it ends up alright. We broke the rules sometimes, because there were times where the speed of getting something down was really more important than the quality of it. The performance has always got to be the key thing, and it’s got to be about the moment. I hated going into studios to record, and half an hour later the techs are still putting mics together. By then I’ve lost all interest in recording.

NT: How did “Pebbles” come together in one take, considering it sounds like much of it wasn’t premeditated?

DW: We were on our way to see Sam from Floating Points, and we were running late. We thought we would very quickly write a track because we hadn’t made anything at all that day.
EL: We’d been very lazy, because every other time we’d been productive, but that day it was just talking for hours.

DW: It was funny too because it spoiled the evening. We were out at this lovely party and all we could think about was going back to think about the track.

EL: We were trying to do small-talk while having something in your head. You can’t converse with people properly, because we had to know if it was good.

NT: How has it been transitioning Audiobooks to a live show, and has that changed it at all?

DW: It was quite different live to how it was on record. We tried a lot of different ways and ended up with something that had a lot of energy to it. It’s from the same place but it’s different.

EL: To do the music live we really have to zone-in with each other, and that’s what we’re doing here in a way. People have said that they notice we get into a bubble.

DW: Sets start slowly because it’s us locking in over a couple of tracks, and then by the end it’s quite frenetic.

NT: Considering how spontaneously Audiobooks and the EP came together, what’s the future of the group and is it constant or more of something you’ll come back to?

EL: We’re locked into it for now. The project also works though because we’re both doing other things. We have this understanding of the time we spend on it. All the other things we do feed into Audiobooks and vice versa, it’s like medication and now I have to keep taking it.

DW: If we don’t make anything for a few weeks we go kind of mad.

EL: Doing gigs now we haven’t written as much, and I feel down, but then we pop back into it and write more.