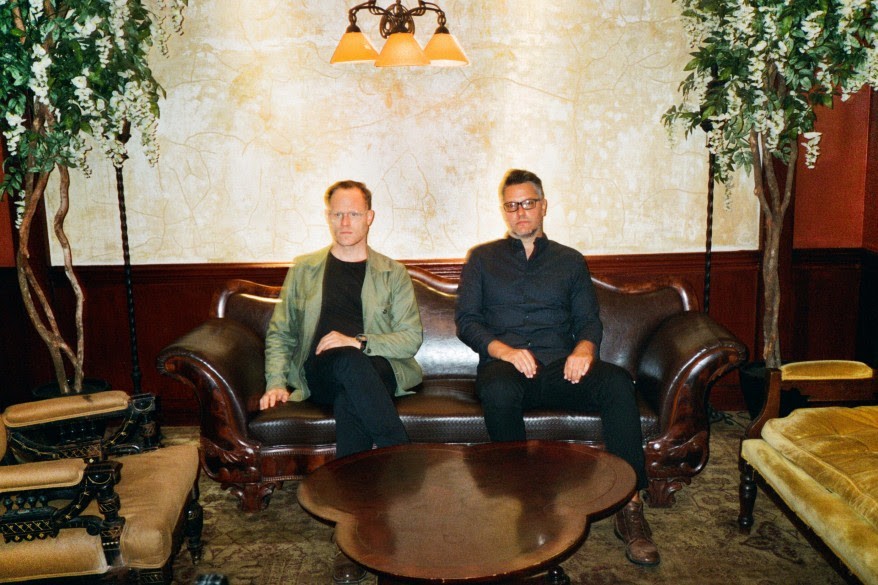 Picking up where 2015’s Floods leaves off, Swann and Odette is an evolutionary leap forward for the duo. The sonic palette is deeper, the grooves more sparse and the melodies are given more room to seep deep within a mix so expansive it feels almost tactile. This is heady, opulent stuff. The album is immaculately produced and cunningly arranged to sidestep easy classification while not sacrificing accessibility and authentic feeling.

Harris has previously released the albums Leland (2012) and Minutes of Sleep (2014). Building on this, Hedrick adds his own sonic signature in effects-laden layers of electric guitar and modular synthesizer. Collectively, the album swells and reverberates to create a seamless interplay of synths and instrumentation cast loose from their origins and awash in oceanic delay.

Swann and Odette inaugurates Kingdoms, an eclectic new platform for adventurous music ranging from new voices in club-inflected jazz, contemporary composition, ambient, and electronic music to reissues of little-known obscurities from across the musical spectrum. Helmed by Francis Harris himself, Kingdoms builds upon his decades spent pushing against the boundaries of electronic music as a producer and performer.

For some background on Kingdoms — 2012 marked a pivotal year for the Brooklyn-based producer. Francis first dropped his dance music alias Adultnapper and released the album Leland conceived as a requiem to his father. He was already beginning to rely less on percussive elements, with focusing on overall mood within those tracks. Elements of modern classical, shoe-gaze, and noise began to seep through into his music, and ultimately throughout the lifespan of Scissor and Thread. Now, Kingdoms opens these kinds of stylistic doors much wider than ever before, both wider in scope and a more common vision.

“I felt that working within the confines of more club inflected music that defined Scissor and Thread’s output was a bit limiting. Kingdoms is a bit more of a reflection of all my musical tastes,” Francis describes.