“America On Fire” by SheLoom 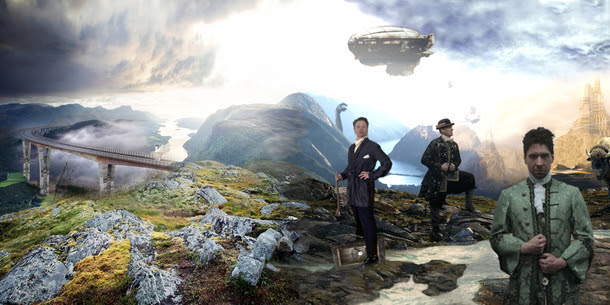 Jordon Zadorozny (Blinker The Star) and Filippo Gaetani formed the transatlantic pop duo SheLoom back in 2008. Gaetani lives in Tuscany, and Jordan, lives in Canada. During the winter of 2013, their friend and indie chamber pop pioneer Eric Matthews (Cardinal / Sub Pop) joined the band. They proceeded to record the full-length The Baron Of The Fjord. The album’s lead-track is “America On Fire”.

The new album boasts a filmic, art rock bedrock tempered with elements of new wave, 70’s rock and orch-pop. Outside of a rushed 10-day recording session, the bulk of this album was recorded separately, with files being sent back and forth over the internet.

Sheloom’s The Baron Of The Fjord will be available on February 5th 2016 via Ray Recordings. In March the band will do a small documentary on the Making of the album.