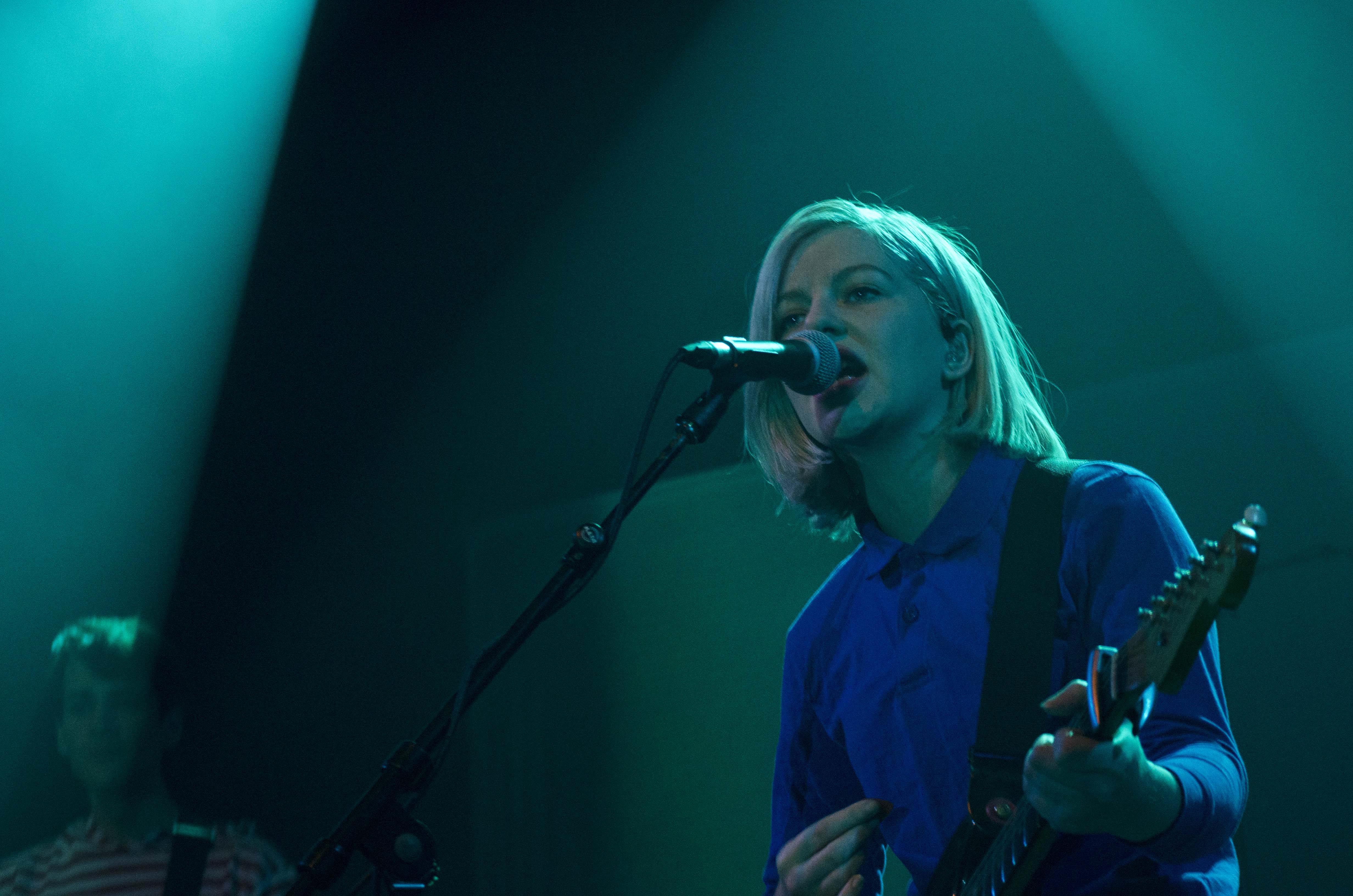 Friday was a whirlwind of sets at M For Montreal, and East Coast-Toronto transfers Alvvays brought a deep set for their Montreal leg of their tour for Antisocialites. With stellar openers Kiwi Jr. and a crowd that was almost too rowdy at times, the night was one concert that people would remember for both Alvvays and the energy in the room.

Opening the night with a frantic energy, fellow East Coast transfers Kiwi Jr.’s (feat Alvvays’ Brian Murphy on guitar) set an awesome tone for the night. Whether you knew them or not, the clever songwriting and dynamic energy from the band made their set fly by as they not only played like seasoned professionals, but brought the show to match. With giggles among the band and boundless synergy, their whole set was joy to watch.

Coming on stage with only a projector to light them, Alvvays made their latest in a long string of tours feel instantly fresh, launching into “Hey” and all its fast, raucous excitement. New drummer Sheridan Riley brought the heat from center stage as the band played “Adult Diversion,” making each song feel even livelier than previous tours. As they dropped into the downbeat synth of “In Undertow” the crowd cheered, letting the dense composition and the band’s loud feedback sweep them away.

“Plimsoll Punks” and “Lollipop (Ode To Jim)” burned with the band’s raw emotion as Molly and Alec moved with boundless electricity, and Sheridan provided some poignant harmonies herself. While the band’s energy moved to more somber tones in “The Agency Group” a fight nearly broke out in the crowd, causing Rankin to close out the silky vocals of the track by saying “Let’s just have fun tonight.” After this however, the crowd seemed to be ramped up a notch, as even “Not My Baby” carried not only crowd screams back to the band, but lighthearted moshing in parts of the crowd. The energy seemed to focus itself for the better on “Saved By A Waif” as the crowd bounced and jeered with more euphoria than you’d normally expect for an Alvvays set.

Burning through the high excitement of “Atop A Cake” they turned things back down to “Forget About Life” to give the crowd one last moment to get their energy back before their big finale. Turning up the distortion to rile up the crowd, “Your Type” sounded stronger than it had when they first played it two years ago on tour. “Archie Marry Me” drove the crowd into one last burst of singing, before “Dreams Tonite” gave the one last love song of the night. Closing on “Party Police” the set rounded out with the band’s beautiful mix of harmonies and amazing riff work. Returning for a dense version of “Dives” the band slowly trickled back on with Molly before ending things properly on a cover of “Trying To Be Kind” by the Motorcycle Boy.

Words and Photos by Owen Maxwell 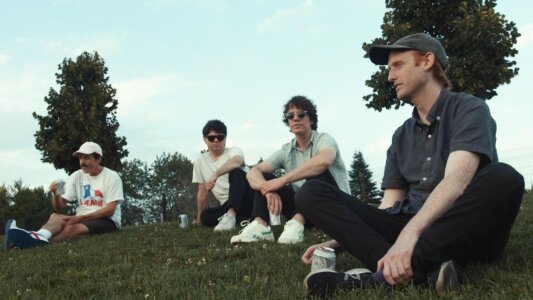