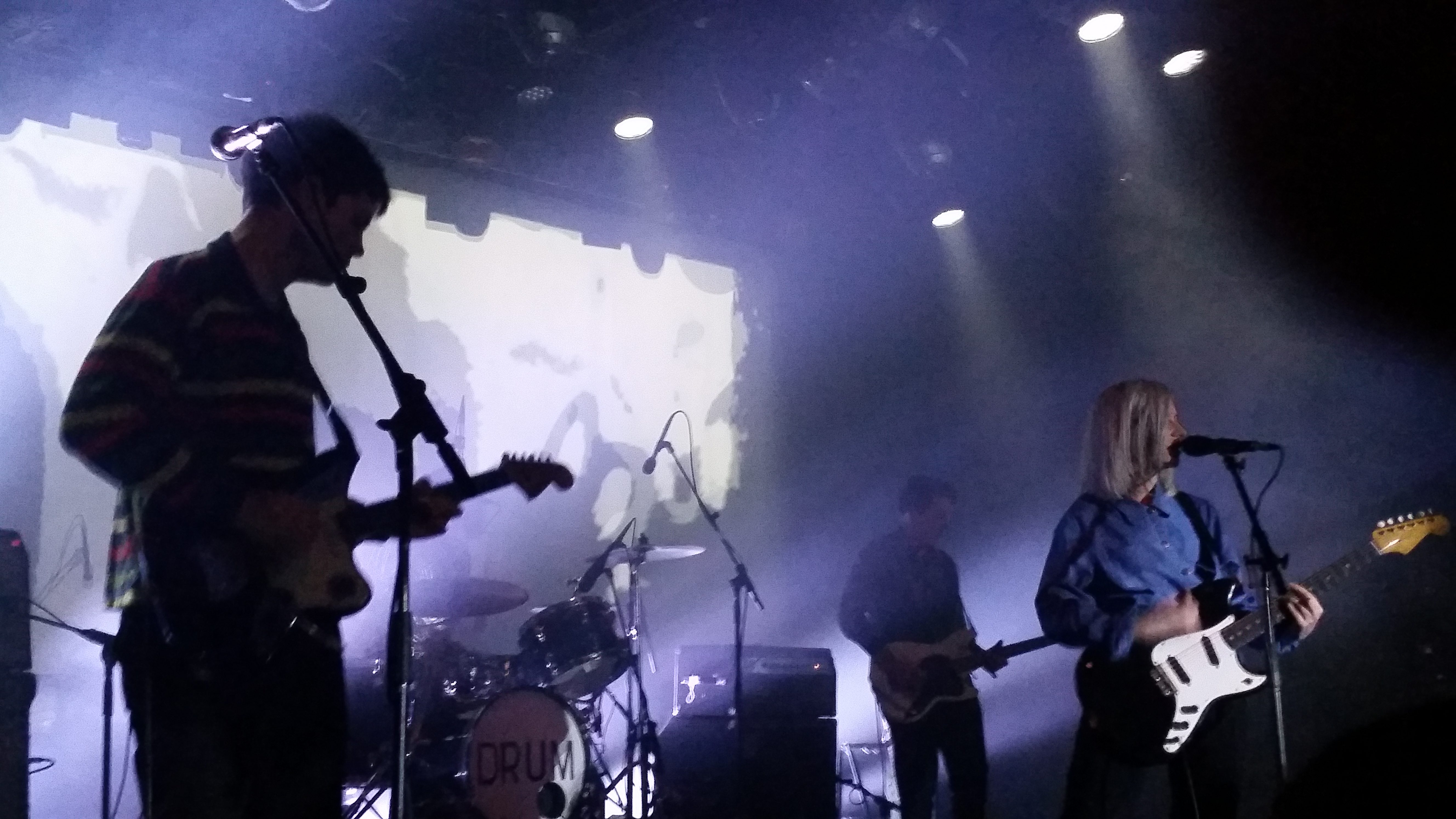 All bands should aim to improve as live performers the way Alvvays have between their murky show at the Biltmore Cabaret three and a half years ago and their sold-out show at the Commodore Ballroom last night (April 4). Alvvays were tighter, they played with vigour and excitement, and not only did singer Molly Rankin hit all her notes, but unlike at the Biltmore,
she was totally audible.

I saw a lot of great bands get lousy to rude receptions this year alone and not just because they were “off-brand” from the headliners. But Brooklyn’s Frankie Rose was a hit. (She was on-brand as fuck, by the way.) Frankie Rose has refined her indie pop and post-punk sensibilities over several bands she’s been in including Crystal Stilts, Dum Dum Girls, Vivian Girls, and Beverly. With two bandmates of her own, she opened the night while silhouetted just inches in front of a freestanding screen
that displayed geometric shapes and grid-patterned digital landscapes mostly in green, white, and black.

Rose’s voice hang-glided over unfurling expanses of synth, guitar, bass, and programmed drums that powered their entire set. The band rode a surf-rock tide somewhere between guitar-driven indie pop and New Wave with plenty of fake drum-fills. Darkness fell over a mood-piece that didn’t build to much but that featured broad sweeps of guitar. During the last part of Rose’s half-hour set, the trio traded synth for two guitars and bass for a song that was as smooth and seductive as a nighttime drive.

From the first notes of “Hey”, I could hear Alvvays’ improvement. Their songs aren’t dense, but the Toronto-based quintet filled the approximately 1000 capacity room with perfectly balanced sound. Songs like “Undertow” proved their might live “You guys are a Saturday night crowd!” Rankin exclaimed on the Wednesday night. Not only did fans obviously have fun, but she did too. She smiled throughout the show as fans enjoyed themselves without being inconsiderate towards each other or getting out of control. She beamed when a row of hands bathed in violet light clapped along to “Atop a Cake” and when everyone sang the chorus of “Plimsoll Punks” and every word of “Archie, Marry Me”.

“Not My Baby” isn’t particularly upbeat, but it was charming hearing fans softly sing the chorus, “Now that you’re not my baby (now you’re not).” Songs like this and “Dreams Tonite” disproved criticisms that Antisocialites lacks heart. Anyone who says that likely hasn’t seen Alvvays play these two live.

The best part of catching bands when they only have a couple of albums is you’ll hear almost everything in the bands’ repertoires. Of the 19 songs Alvvays have across two albums, they played 15 as well as “Pecking Order” (one of three demos that briefly surfaced online at the end of last February) and, as their first encore, a cover of Elastica’s “Blue”. Alvvays bowed out with
“Next of Kin”.

I admit I was so soured by Alvvays’ Biltmore show that I almost passed on seeing them at the Commodore, even though I still chalk it up to an off night. But three and a half years is a lot of time to improve. Alvvays have made the most of that time, and whether on record or live, their hard work shows. 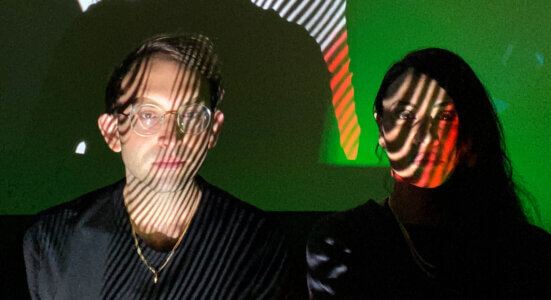