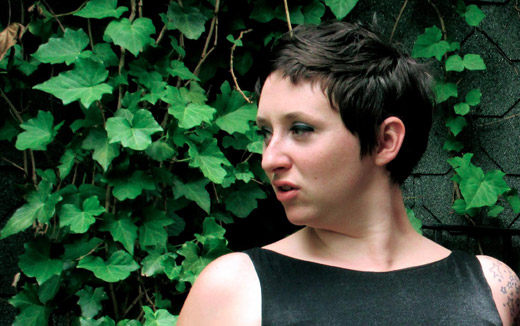 Allison Crutchfield will release her first album Tourist In This Town, for Merge records on January 27th. Today she releases the Lara Gallagher directed video for the album’s first single “Dean’s Room.” The clip creates a sprightly yet somewhat eerie introduction to Crutchfield’s debut full-length.

Tourist in This Town was recorded at Uniform Recording in Philadelphia with Jeff Zeigler, who is known for his work with Kurt Vile, Steve Gunn, and Mary Lattimore, among others. His synthesizer collection and related expertise proved an alluring draw for Crutchfield, who had started incorporating synths into her work when she branched off into a solo career. “This record marked a sonic transition in the way I think about the element of space in music, and I attribute that mainly to Jeff,” says Allison. “His arsenal and knowledge of analog synths, along with his ear for spatial addition and subtraction within a song, really sculpted this album and impacted me artistically forever.”