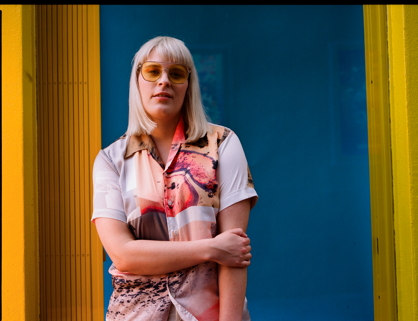 The single’s release is accompanied by an equally colourful lyric video that was shot and animated in London with Aussie expat director, Harry Deadman. Juxtaposing collaged images of both Ivy and Weapon with vivid animation, the video for Sunrise brings the song to life, and its two creators together, despite their transcontinental divide, elevating the song’s undeniable dance party vibe.

“When I started writing Sunrise it was the middle of the Australian winter,” explains Alice Ivy aka Annika Schmarsel. “I wanted to write something that reminded me of summer, especially in Melbourne, which for me is all about having park beers with my friends in Edinburgh Gardens or being on a rooftop listening to music. When I showed Cadence the song in Toronto he was on the same wavelength and funnily enough Toronto had one of the hottest weeks on record, so that’s how Sunrise was born!”

Sunrise is the follow up to In My Mind feat. Ecca Vandal that Ivy released via Last Gang back in July – another perfect example of why Alice Ivy is now considered the Queen of intelligent electronic music in Australia with her ingenious production skills and ability to weave intricate sonic tapestries. Northeast Party just gave the track the remix treatment.