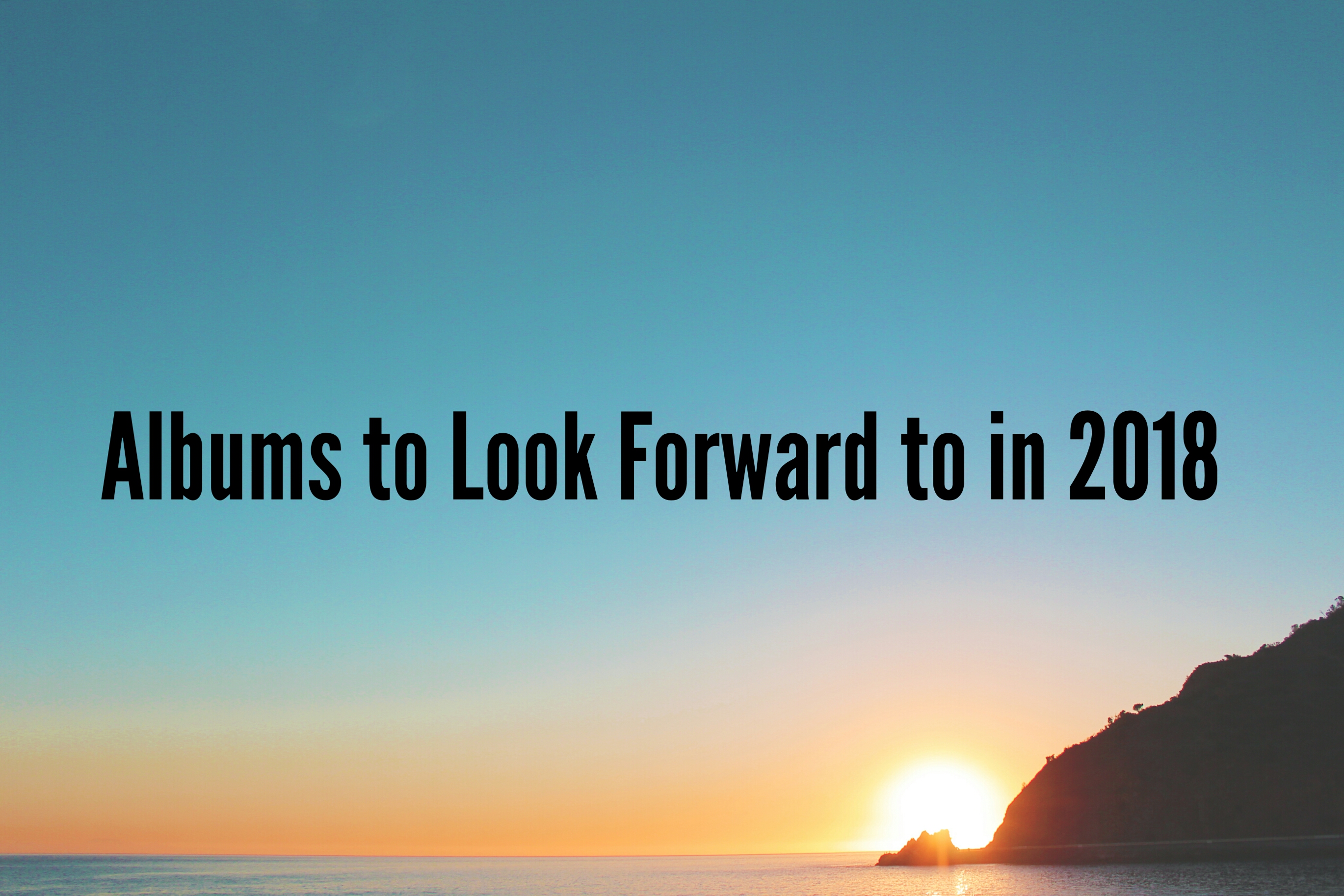 While many artists shared their efforts over 2017, just as many were amping fans up for their big releases in 2018. Here’s a look at a bunch we are excited to see come about in the next year:

1. Vampire Weekend – Mitsubishi Macchiato
After the departure of founding member, Rostam Batmanglij in January 2016 the future and overall direction of Vampire Weekend was called into question by fans and critics alike. Batmanglij produced every previous Vampire Weekend release, contributing an immense amount to their deeply varied and unique sound that put them on the map back in 2008. Therefore, the news of his return to the band to assist with the confirmed 2018 release of Mitsubishi Macchiato comes as an immense relief to many. Frontman Ezra Koenig, who in his time off co-wrote and produced a Netflix original series, confirms that the band is working the same way they always have with Batmanglij while teasing their sound may be taking a folkier direction than fans are accustomed to.

2. Sun Kil Moon – two currently unnamed records
Mark Kozelek had a very busy 2017, dropping 5 projects ranging from hours long epics to collaborative EPs. However, it seems he has no shortage of recorded material as he has announced that he has two “final stage” works set to release in early summer and November of next year. Sun Kil Moon’s Common as Light and Love Are Red Valleys of Blood was a deep dive into a highly introspective year for the artist. Dealing with the loss of numerous friends, heroes, and his time on the road Kozelek reflects on life and mortality. His forthcoming records explore things such as recording in unfamiliar setups to see how it affects his process and an album that is described by him as “heavily November themed” by Kozelek in the record announcement post just this past week.

3. Porches – The House
Aaron Maine, the mastermind of the Porches project has announced his third full-length album. Titled The House and scheduled for release January 19th via Domino. The record, which follows 2016’s Pool and Water EP, includes the previously released “Country.” Maine has shared another new song called “Find Me.” The single arrives with a music video, co-directed by Maine and Nick Harwood, who both helmed the “Country” video. The new record is set to involve a great deal of collaboration including artists such as (Sandy) Alex G, Dev Hynes, Solange collaborator Bryndon Cook, Okay Kaya, Maya Laner, Cende’s Cameron Wisch, and Porches’ father Peter Maine.

4. tUnE-yArDs – I Can Feel You Creep Into My Private Life
It seems Merrill Garbus is finally ready to follow her 2014 record Nikki Nack as she has confirmed her newest single “ABC 123” is in support of her forthcoming 2018 release of I Can Feel You Creep Into My Private Life. The new video features her in a workshop singing about the spiraling downturn her country has taken, urging listeners to stand up and make a change. While sporting a less international sound than the cuts on Nikki Nack on the track, Garbus is, as always, taking her project in new and interesting directions. Nate Brenner joins Garbus as a newly official member, promising to make the collaboration all the more refreshing for its release date of January 19th, 2018.

5. BROCKHAMPTON – Team Effort
BROCKHAMPTON had arguably the busiest year in music releasing 3 albums in 6 months, countless music videos, filming a feature length movie, and touring through the entire month of September the boyband has still found time to tease a new project to come in 2018. Telling fans that Saturation III was their “last studio album” only seemed to heighten demand from the group as they then slowly began to surprise with two singles in the days leading up to the release of their “final” project. Breaking their no singles rule for the album and eventually dialing back their earlier statement saying “it’s funny, because we record all our records at our house.” Wherever BROCKHAMPTON chooses to record this next one, fans can look forward to seeing them at numerous shows during December 2017 in Los Angeles and their next headline tour early 2018. Team Effort‘s release date has not been released publicly.

6. MGMT – Little Dark Age
Back in May this year, MGMT confirmed via their social media that in 2018 they would finally be dropping their 4th record. Releasing two music videos since the announcement, MGMT looks to continue providing their standout style of synth-pop with a newfound gothic influence rooted in acts such as Soft Cell and The Smiths. “Little Dark Age” and “When You Die” seem to prepare fans for a much more grown-up record in comparison to their previous releases. Set for a February release the record was co-produced by Patrick Wimberly of band Chairlift and Dave Fridmann. Wimberly also encouraged the band members to bring in collaborators such as Ariel Pink.

7. Django Django – Marble Skies
Among the announcement clutter, Django Django has announced that their next effort, Marble Skies will be released January 26th via Ribbon Music. The band has also revealed that it features collaborations with both Metronomy and Slow Club. They have since released the lead single with a music video just this past October titled “Tic Tac Toe.” The band has described the album as a “more concise effort” in comparison to their sophomore record, Born Under Saturn.

8. Montero – Performer
A visual artist who is finally looking to make his foray into music this year is Ben Montero. After garnering a cult following for his strange yet relatable digital art and providing album covers, t-shirts and posters for notable musicians such as: Mac Demarco, Ariel Pink, Kurt Vile, Pond and others. Co-produced by Montero, Jay Watson of Pond, and engineer Riccardo Damian the record is set to release February 2nd via Chapter Music. His two singles released so far “Vibrations” and “Tokin’ The Night Way” provide a look into the soaring love letter to the golden age psych pop Montero is trying to embody on his freshman release.

An Article by Maguire Stevens