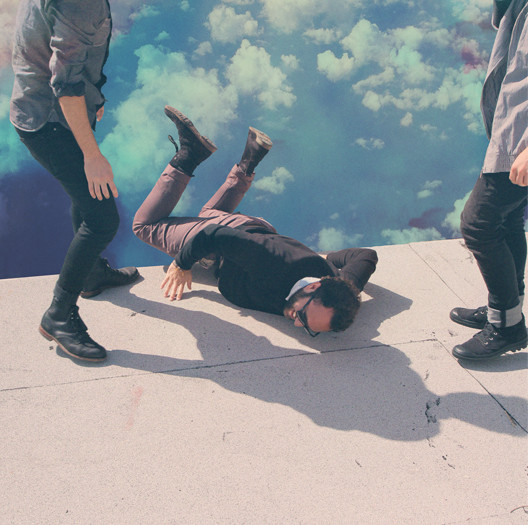 It’s not clear if LA residents Local Natives are avid zoologists but considering their debut record is called Gorilla Manor and the band’s soon to be released sophomore record takes on the moniker Hummingbird, there is definitely some animal appreciation going on somewhere. While you could hardly label the quartet’s debut as powerful and dominant like its name would suggest, Gorilla Manor bristled with urgent percussion and helped propel the band onto a global stage and earned them support slots with Arcade Fire and The National.

Where Gorilla Manor buzzed with a frenetic energy, Local Natives’ latest offering takes on a more sedate angle, favouring calm over the untamed urgency that populated the LA bands debut LP. This is both a blessing and a curse; in one aspect this shows a more restrained string to the four pieces bow while illustrating a particular depth when measured up against Gorilla Manor, however Hummingbird has very little variances away from the subdued. Many tracks quivering and tremble with promise but very little light up the night sky as you would expect.

Hummingbird is a record from two angles; it celebrates the highs of their recent successes but reflects on personal grief from losing loved ones to fractured relationships. It would seem the darker times bleed through over the more joyous moments, as the band’s latest effort contains varied shades of melancholy.

Local Natives show they can commence with a song constructed on brittle bones that build towards a thrilling crescendo but frustratingly falls short of the mark. Like the audio equivalent to shaking up a bottle of champagne, you’d expect a thrilling climax but missives such as ‘Colombia’ and ‘Mt Washington’ don’t have the conviction when it comes to letting the cork free from its sonic confines.

Reassuringly ‘Bowery’ the final track on Hummingbird feels like all the elements of the album culminate at the records close when the constraints have been released and the four piece are allowed to embrace the joyful noise that is promised throughout their sophomore release. The album’s climax is brilliantly layered and expansive with rushes of frenzied riffs and crashing percussion.

Local Natives haven’t given birth to a koala, but Hummingbird does suffer from lapses of lethargy when it should remain wide awake.