‘Shy Boys’ Share Single “Is This Who You Are” 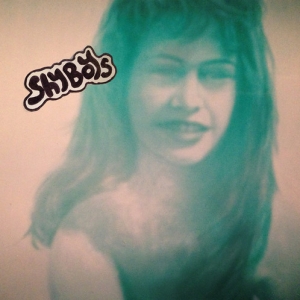 Self-proclaimed “landlocked surf outfit” Shy Boys are pleased to share their second single from their upcoming self-titled LP. “Is This Who You Are” will be available January 21, 2014 on High Dive Records which features ten melodic tracks clocking in at a always-engaging twenty minutes.

Shy Boys earnestly began as an outlet to escape from their day jobs or an excuse to ditch class. After returning to school in 2011, Collin quickly enlisted brother Kyle Rausch and roommate Konnor Ervin to critique some rough mixes and demos he’d been working on in his free time. Though musicians in their respective fields, Collin had never played guitar, Konnor wasn’t a drummer, and Kyle had never picked up a bass in his life. The response? Fuck it. From the first song it was contagious, energetic and downright sloppy.

They quickly removed the furniture from their house in the city’s artist-heavy midtown to make way for a practice room and DIY performance space. “We had a house show and were basically too lazy to move any of our stuff back in. The shows ended up being cool because they put us close to the people watching us play, literally face-to-face” Collin explains.

What came together were songs about unattainable girls that evolved into songs about dogs (“Keeps Me on My Toes”) or broken down cars (“Is This Who You Are?”). Perhaps the standout, “Bully Fight,” comes from the news coverage of a school bully, Richard Gale, who became an international asshole when his antics were posted on YouTube.

“We’re all into pop music and vocal groups-quick songs with weird arrangements and choir boy vocals. If a song gets too long we get bored with it. Some things are important to hold on to, everything else isn’t.”