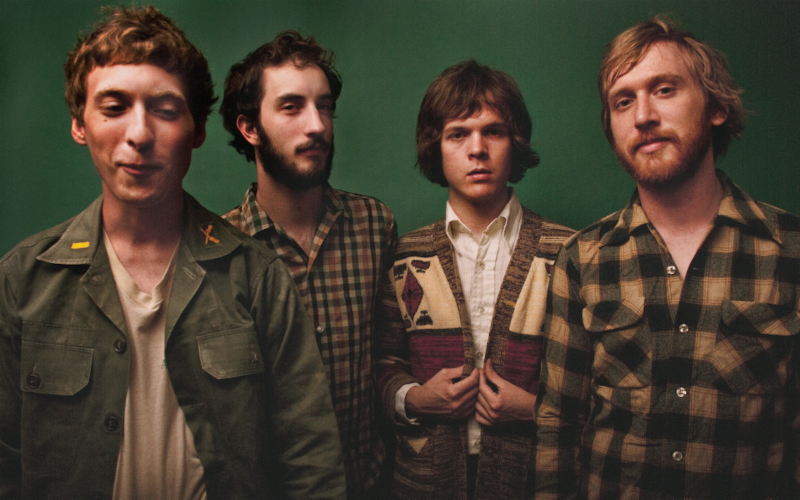 Nashville’s purveyors of root-work psychedelia, Promised Land Sound have unveiled their second single “Otherwordly Pleasures”. Their sophomore album, For Use And Delight drops October 2nd on Paradise of Bachelors.

When Promised Land Sound (PLS) released their debut album in 2013 on Paradise of Bachelors, some of them couldn’t yet legally drink. Since then they’ve spent time on the road with Angel Olsen and fellow Southerners Alabama Shakes and William Tyler. The band head out on a West Coast Tour with fellow Nashville artist Natalie Prass in support of the album this October – dates below.

Promised Land Sound emerged from the fertile Nashville garage scene-members have played with PUJOL, Denney and the Jets, and members of JEFF The Brotherhood and Those Darlins, among others-but they have quickly evolved to deploy a more varied country, soul, pop, and psych palette than most of their brethren and sistren. Bassist and singer Joey Scala and his younger brother Evan (drums and vocals) originally hail from Roanoke, Virginia but moved to Tennessee in 2000. Joey spent some time hitchhiking around after high school, eventually meeting Nashville lifer and guitar prodigy Sean Thompson and playing in a succession of local bands together before beginning to write in earnest as a team. In short order, they managed to attract the admiration of esteemed folks like fellow Nashvillain Jack White, who released a live 7″ of theirs on his Third Man Records. The current lineup also prominently features invaluable Nashville musicians Peter Stringer-Hye (The Paperhead) on additional vocals and rhythm guitar and polymath Mitch Jones (Fly Golden Eagle) on keyboards, as well as handling co-production and string arrangements on the record.

In 2013 Paradise of Bachelors released Promised Land Sound’s first full-length album, co-produced by Jem Cohen (the Ettes and the Parting Gifts), Andrija Tokic (known for his work with Alabama Shakes), and Nashville guitar wizard (and Hiss Golden Messenger band member) William Tyler, who also guests on the record. In 2014 and 2015, the band toured with Angel Olsen and Alabama Shakes, among others.