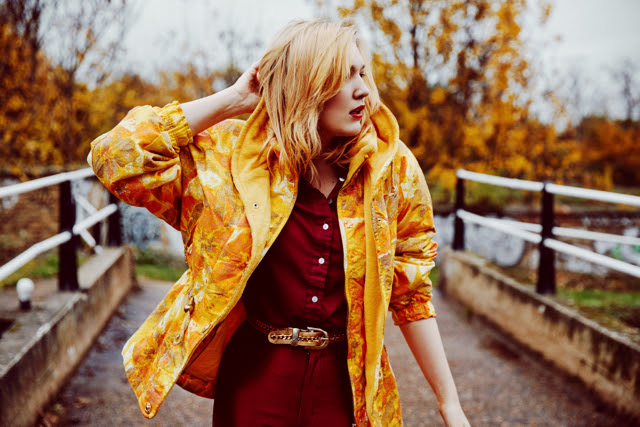 Channeling Enya and The Cocteau Twins, Sidewinder has delivered us a twinkling gem of seasonal melancholy. Hailing from the sandy shores of Home & Away, Holiday only discovered the 90s hit last Christmas. She was nestled in amongst a big and boisterous Punjabi family in West London, and through the hubbub of Christmas jubilation the boy band’s iconic video played on the television. The juxtaposition of the cheeriness of the occasion with the sadness in the song struck a chord and like the rest of us- she was secretly smitten.

Recorded at Dean St Studios in Soho, the cover will be released across all digital platforms and on limited edition cassette tapes available directly from her website. In homage to the original (penned by Tony Mortimer about his brother’s suicide), a portion of the proceeds will be donated to Mind charity for mental health. The home style video is set in an ice rink… because nostalgia, winter, why not the holidays!

Holiday Sidewinder released her single “Carousel” back in 2014, which was co-written and produced by Mike Chapman (Blondie). She has since written a self-described ‘continental breakfast buffet’ of new material, the first songs of which are set to be released early in the new year.