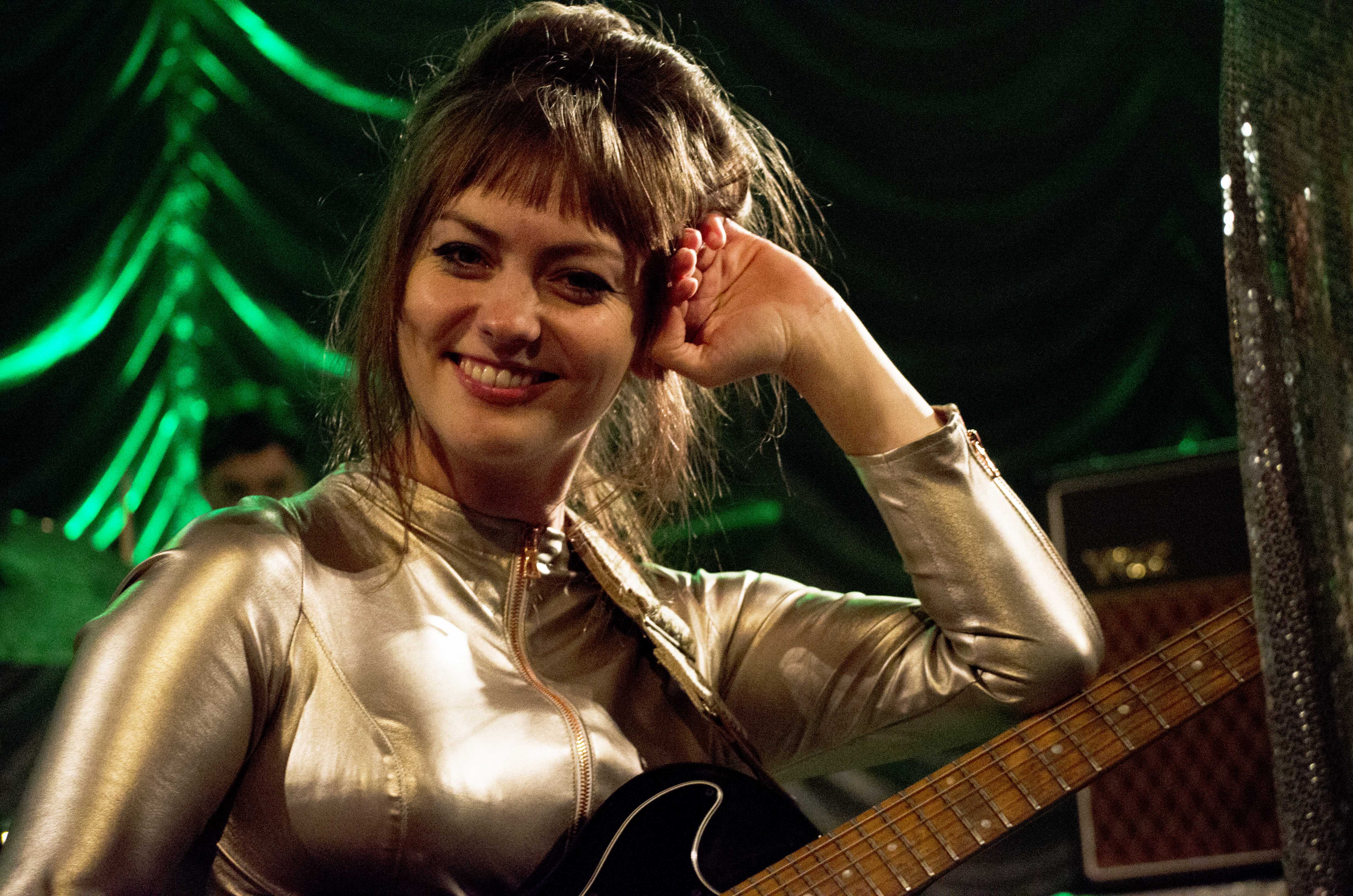 After having to leave the stage at Osheaga this summer before her set even started, fans were hungry for a set by Angel Olsen, and her new album just deepened that hunger. Bringing out the best from her album My Woman and a string of songs new and old, Angel held nothing back at the Rialto show for a night that more than made up for her cancellation.

Opening the night with more distortion and psychedelics than Olsen musters, Heron Oblivion started the show with a set somewhere between Black Lips and Black Sabbath. Singer Meg Baird commanded the band centre-stage from behind her drum set, crying out as she ran through each song. Throughout meditative bridges and raucous solos the band flew around the stage to take the energy even higher, making the most of their two guitars. Their vicious energy was so intense even Angel admitted, “I wish I could rock that hard.”

Hitting the stage in a silver jumpsuit ripped from Barbarella, Olsen immediately set the off-kilter tone for the night’s show, quickly jumping into a cheery rendition of “Hi-Five.” Busting out even more hits she sang through “Shut Up Kiss Me” as her and her vocalist shouted right at each other through the song’s climactic bridge. Bringing the energy even higher, she quickly played “Give It Up” swaying back and forth through each verse as the crowd sang back, even posing mid-bridge to stare out in the crowd. As fun as the opening electricity of the set was, “Not Gonna Kill You” really excited the crowd through its tense writing, and as Olsen hit the first chorus her vocals went to the belt’s usually reserved for the song’s finale, making the entire song a visceral track to take in.

The set hit its more dreamy second half as Angel sang the lulling vibrato of “Heart Shaped Face,” letting the harmonies cascade and the guitar effects warble in the background. “Tiniest Seed” found Olsen bringing her whole band around the usually intimate song, bringing a new sense of life to the track. After a bizarre story about her Stranger Things themed dream, Olsen started the slow-burn of “Sister” slowly ramping up the energy with her band and with the crowd as they sung back to her, and the quick smirk she gave through lines about dreams was hilarious sight to catch. “Those Were The Days” washed through with its sunny guitars, as the drums picked up for Angel to really play with the mic and her vocalists.

Holding her keyboard notes as her band left the stage, Angel grabbed a customized acoustic guitar to play “Sans” from her new record, bringing the audience close through the song’s sparse sound. After “Unfucktheworld” her band slowly returned member by member through “Fly On Your Wall” to make the song build and build gloriously. Closing on “I Found A Reason” Angel covered the Velvet Underground song with laughs and a funny but intimate spoken-word section to the song’s reason that was so corny it was endearing. Returning in her silver wig for “The Waiting” Angel quickly quipped “Good, now I’m back to normal,” and her quick encore brought one of Angel’s best deep cuts to life as she sailed through the track passionately.

Words and photos by Owen Maxwell

Setlist:
Hi-Five
Shut Up Kiss Me
Give It Up
Not Gonna Kill You
Heart Shaped Face
Tiniest Seed
Sister
Those Were The Days
Woman
-Solo-
Sans
Unfucktheworld
-Band Returns-
Fly On Your Wall
I Found A Reason
Encore:
The Waiting