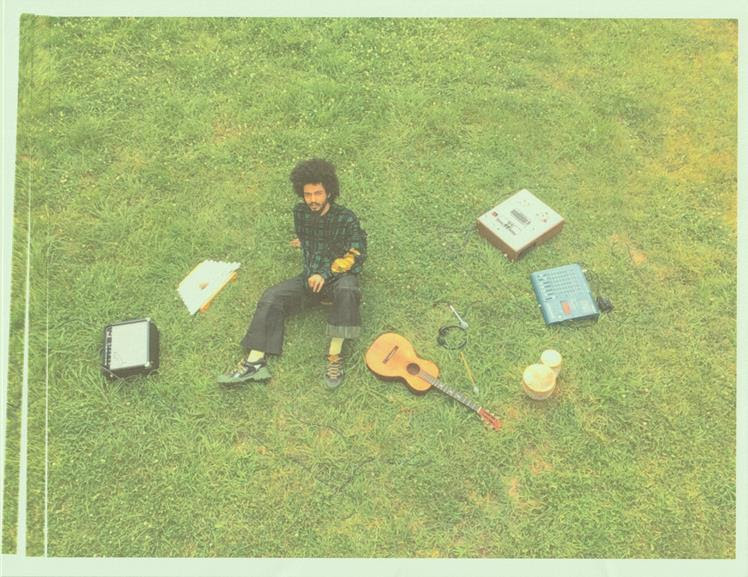 Yves Jarvis forthcoming release Sundry Rock Song Stock includes many influences: Miles Davis, Franco Battiato, The Ex, just to name a few. Jarvis may be less direct in his lyrics, but makes his feelings implicit through the use of vivid metaphors. Recording vocals in a free-associative, phonetic stream of consciousness that he compares to Lil Wayne, Jarvis says the meanings behind his songs are revealed when a poetic turn of phrase tumbles off his tongue. Today, Jarvis has released a video for his new single “Semula.” Sundry Rock Song Stock comes out on

As a pre-teen street corner busker, some of Jarvis’s earliest performances took place outside. He returned to an open-air environment for his new album Sundry Rock Song Stock’s creation, setting up a makeshift studio to lay down its foundation of guitar, Nord synth, and Rhodes electric piano. Recording on a reel-to-reel tape machine, he experimented with various off-kilter techniques including a softly tapped steel drum drenched in effects, or melodies played on a wine glass meant to mimic a flute.

Resuming the practice of color theory that informed his 2017 album Good Will Come To You (morning yellow optimism) and 2019’s The Same But By Different Means (midnight blue contemplation), Sundry Rock Song Stock is infused with the natural state of green. As Jarvis explains, it’s the color he most closely connects to his personality, moving beyond an aesthetic attraction into feelings of wildness, boundless energy, and an anti-establishment streak permeating his 23 years on the planet.

“When you better yourself, you better the world,” Jarvis concludes. “Even if you only interact with one person in your life, the effect of trying to see things for what they are is vast. Change can feel like a fantasy, but I’m not fatalistic about it. I make music because I get results that way. It’s why I promote creativity, whatever that means for anyone.”