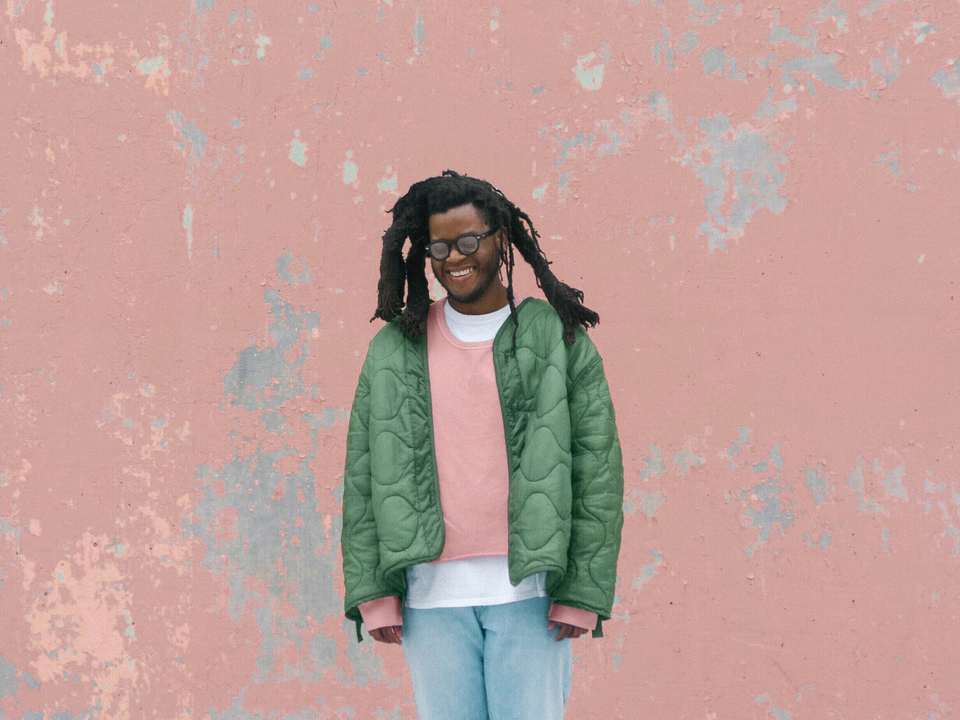 Though Yuno is turning heads these days, he’s been wandering the worlds of online music for nearly a decade. While toiling away on music he shared through various websites, Yuno had also mostly avoided live shows as well due to his personal preferences, and is just now starting to find ways to adapt his music to it. We caught up with Yuno ahead of his late summer tour across North America to discuss his album Moodie and how he channels the likes of punk and Nsync into one sound.

Northern Transmissions: What appeals to you most about the bedroom recording process and making every part of the album yourself?

Yuno Moodie: Working by myself has definitely been because of circumstance. I tried to start bands when I was younger, but they never worked out because I could never organize everyone together. I’ve always been interested in a bunch of different art forms so I’ve always done a lot of photography, shooting videos and stuff like that, and it’s been cool to do that with my music. It’s just easier being isolated, and I don’t leave my house much so it’s hard to collaborate. I’ll expand more in the future, but I like have complete control.

NT: You have songs dating back at least eight years now, so what have you been doing in that time?

YM: It’s always been a really slow build. The label has gotten me a lot more attention and helped get the ears of more people. Everything else happened bit by bit, I’d be on a small blogs one year, and bigger blogs the next year until I got to where I am now.

NT: Your background seems framed around skate culture, and a lot of punk music, so how do you channel that in the music you make now?

YM: The punk and emo music I listened to growing up showed me how emotions can be expressed through music. So elements you hear now aren’t intentional but are more ingrained in me from then. Even 808s and trap drums have an attitude that I like to include in my music. Putting all those elements together just really happens naturally.

NT: Considering your musical background what brought you towards the realm of pop?

YM: The first album I ever got was NSYNC’s self-titled album back when they were on these Disney Channel specials. I hadn’t heard anything like it at the time because I wasn’t around for New Kids, so I asked for that for Christmas with a boom box. Pop music was my intro to music, and I was recording my favourite songs off the radio. Middle school was when I got into punk and exploring music beyond what I heard on TV and the radio.

NT: Leading up to Moodie, what did you want to do differently from these other recordings?

YM: I just wanted to push my sound farther and make sounds that haven’t existed, maybe ever. I just like to make something I’m not hearing already myself. I like to change my sound from things I’ve done in the past because I get bored if I do the same thing. I don’t think about it, I just sit down and see what sounds come to mind.

NT: I also understand you did a Kickstarter a few years back to both fund an album and find a way to tour, so what did you learn from that experience and would you do it again?

YM: I wouldn’t do it again now that I have a label. At the time though it was super helpful to afford the gear I needed to step up my recording process. It was also great to know how many people supported what I was doing.

NT: What was the concept behind the “Never Going Back” video considering how stark the difference is between most of the shots and your colourful guitar shots?

YM: It was a feeling that I was trying to evoke from what I had in my mind. Travelling in the car and me being in wide-open places was evoking how I was feeling at the time. Some of it was shot in Jacksonville, Florida while others were in New York. I’m living in Jacksonville but I’m looking to move to New York so it was a mix of how I was feeling.

NT: Now that you’re signed to a major label and touring more, have you had to re-evaluate your way of looking at live shows?

YM: It’s been fun trying to figure out how to perform my songs life. I have a great band with a lot of great knowledge about theory that I don’t have, because I figure out so much just by doing it. They’ve been helping me figure out putting on a good live show which is a whole new element for me. I’ve never really thought about the most entertaining thing to do live, when I’m writing at least. After having gone to more shows now I can hear what sounds good live and bring that back to my recording process.