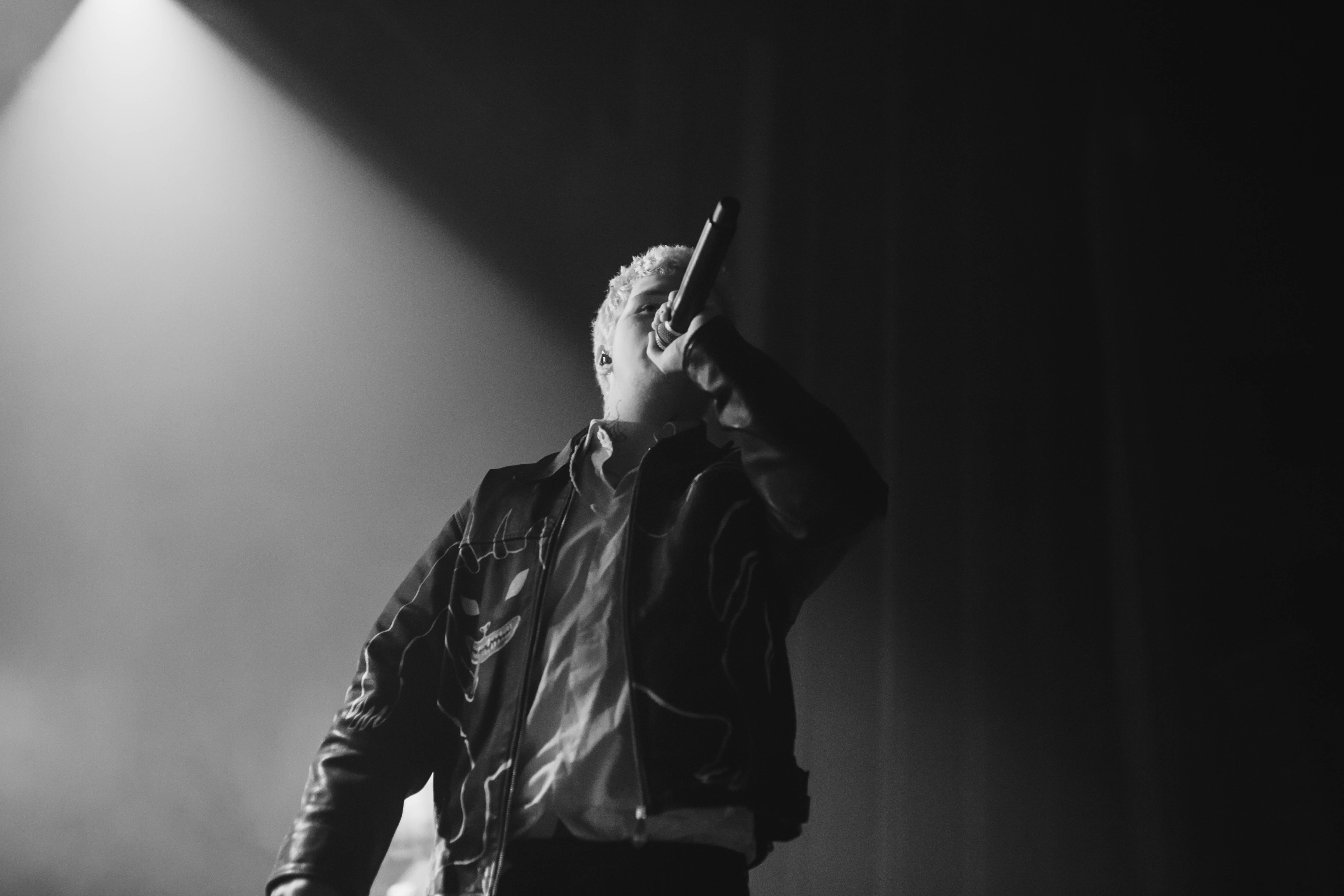 On a cold, rainy January night, one can’t help but think that 21-year-old Swedish rapper Yung Lean felt right at home in Vancouver last night. Lean, playing the Vogue Theatre for the second time in his career was immensely comfortable performing thousands of miles from home. His comfort playing shows has grown exponentially since his first visit to North America upwards of four years ago and only grows with the amount of almost non-stop touring he has done in the last two years. Though he may not have the biggest physical presence of the Sadboys, Lean commands the room. He’s able to take charge because even after playing hundreds of shows in the last two years Lean is yet to lose an extremely important attribute that numerous ‘internet’ or ‘Soundcloud’ rappers on the come up recently lack, energy.

Lean, sporting his Yung Lean x Eytys Spiders, black dress pants, white dress shirt, freshly dyed bright orange hair, and a custom painted leather jacket was sweating as he got the crowd riled up through his first few songs of his new record Stranger. The crowd, sufficiently warmed up after Thaiboy Digital’s (longtime Yung Lean and Sadboys affiliate) opening set, was extremely receptive. Thaiboy with his particular brand of auto-tuned rap bangers employed heavy thumping bubblegum bass to get the crowd amped and amped they became. Speaking to many people in the line before the show however, Yung Lean was truly the main event in many attendees eyes. Showgoers Mitch, Cameron, and Emily came all the way from Victoria for the show because they felt Lean is “totally unique” in what he does and they simply could not pass on a chance to see him.

While Yung Gud and Bladee were nowhere to be seen this time around, longtime Sadboy producer Yung Sherman wearing a very sharp all black suit brought the beats. Never truly playing a beat straight as the album version, Sherman twisted and mastered each beat on stage to make them totally unique to the live experience, playing an equal role to Lean in the production of the show. After getting a feel for the crowd on a few deep cuts and a lead single from Stranger, Lean did something that many longtime fans of his were hoping for and played his old songs. Playing a mashup of hits like ‘2002 Ginseng Strip,’ ‘Oreomilkshake,’ ‘Hurt,’ and ‘Kyoto’ fans went absolutely nuts. These are the quirky tracks that put him on the map for many a fan and he certainly paid happy homage to the importance they hold in his career. The medley mainly consisted of Sherman mixing the old beats expertly to fit a new high-energy delivery more favoured to Lean’s live performances today compared to the days when he was performing them at sixteen.

After the medley Lean said in his heavily accented deep voice with a smile “That’s it for the old songs” and the crowd still went wild. Many people in the crowd though colossal fans of his old work had a certain appreciation for his new direction and respect that he’d go mad only playing songs he wrote 5 years ago. Playing a mixture of songs from Stranger and his 2016 record Warlord the energy in the room remained electric. Sneaking two more older cuts in through his hour long set, Lean performed his most viral hit ‘Yoshi City’ (trying and failing to crowd-surf part way through unfortunately caused a minor technical issue for a few moments) and even brought Thaiboy Digital back out on stage to perform their collaborative track ‘Diamonds.’ Lean dedicated a song to ”anyone here with someone you love, your friends, your partner… your dog I don’t care this one’s for you,” the crowd laughed but he was heartfelt, thanking the crowd after nearly every song.

To close out his set, Lean brought the energy all the way down playing his much-loved track from Stranger, ‘Agony’ a low key piano ballad, lighters and hands waved in the air as he thanked the crowd once more and performed an extended version of the cinematically swelling track ‘Yellowman,’ thanked the crowd the final time and left the stage. There was no encore, but many fans were not upset by this. Lean played his set how he felt would be the most climactic, his interest in film with the release of the Stranger short film accompanying the album is no secret. Lean had a vision, and that vision involved two blowup dolls of a cartoon version of himself, his friends, and a room full of people who appreciate his music. If Yung Lean is an example of the ‘ageing internet rapper’ at twenty-one, music fans can only hope that other acts in the position he was in six years ago pull up their bootstraps and start doing it the way he did. 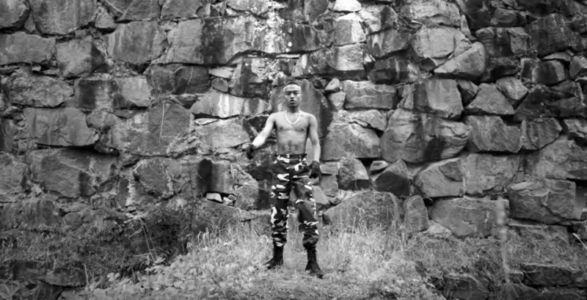 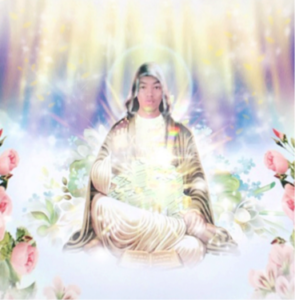 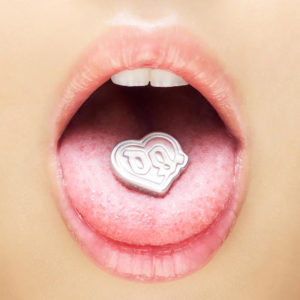