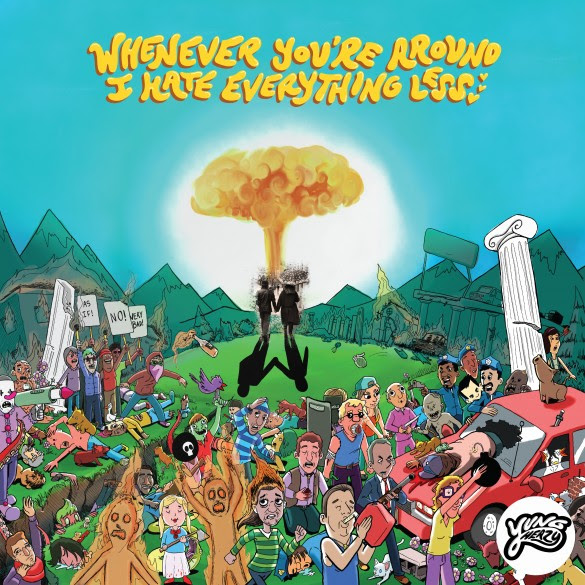 Vancouver’s Yung Heazy will be releasing his debut full-length, Whenever You’re Around I Hate Everything Less on June 1st. Last February, Yung Heazy AKA: Jordan Heaney wrote and recorded, “Cuz You’re My Girl” for his girlfriend as a Valentine’s Day gift. He uploaded the track to Soundcloud using the moniker Yung Heazy. The track went on to amass over four million streams in a few months. Yung Heazy’s sound has been compared to Mac Demarco and other minimalist pop acts, including Clairo, Rex Orange County and Gus Dapperton. Today, you cam listen to a stream on Northern Transmissions, ahead of it’s release.

Yung Heazy on Whenever You’re Around I Hate Everything Less:

Whenever You’re Around I Hate Everything Less is a compilation of love songs I wrote and recorded in my parents basement and at my old house in East Vancouver. I think there’s a theme of being in a really really good relationship that ties the album together, and to depict that, I focused on being very literal with my lyrics and as direct to the point as possible in as few words as I could. There are also sadder moments on the album and melancholy depictions of love and social interactions I think deserve to be put under the microscope, like the culture of a really bad house party or letting go of blame for past relationships not working out, these are scenarios I found very interesting to write about at the time. Overall, thoroughly enjoyed jamming these tunes out, hope you like!