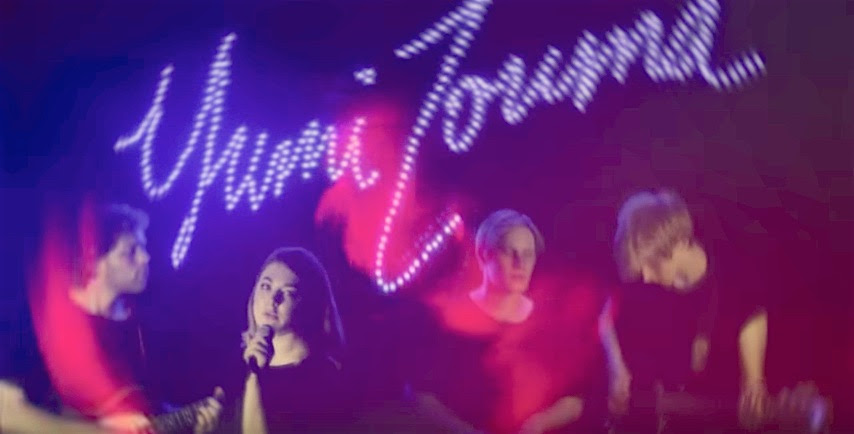 Yumi Zouma close the year-long cycle on their debut album ‘Yoncalla’ with (if death by smoke machine were a thing), self-directed video for ‘Text From Sweden’, along with final Yoncalla shows in New Zealand.

Described thematically as “a heavy song that references Christie’s long-term relationship ending, and the feeling of hopelessness that comes when you know a relationship is coming to an end, and you feel so far away from someone and that is only made worse by being physically far away from that person at the same time” the video shadows those ominous, hazy thoughts with its own story:

“After shooting the ‘Keep It Close To Me’ video, we wanted to do
something different to showcase the darkness of our souls, but then
we set off the fire alarms with the smoke machine when we couldn’t
figure out how to turn it off, which was problematic as half the band
are pretty bad at breathing already. We hope you enjoy 3m 52s of us
choking to near death.”

Still, it’s not all doom and gloom: the by-now familiar feel and tempo of ‘Text From Sweden’ that opens up ‘Yoncalla’ blooms into one of the most glorious duets on the album – and also the first time Yumi Zouma member Sam Perry contributes lead vocals to a song.

“Yumi Zouma has always been an exercise in refining ideas and
collaborating, but this was the first time we weren’t limited or
protected by distance. With ​Yoncalla, the process was different,
and it can be scary to present raw ideas to your friends ‐ but it’s
also incredible to see songs evolve through the sparks of inspiration
that bounce between people in the same room.”