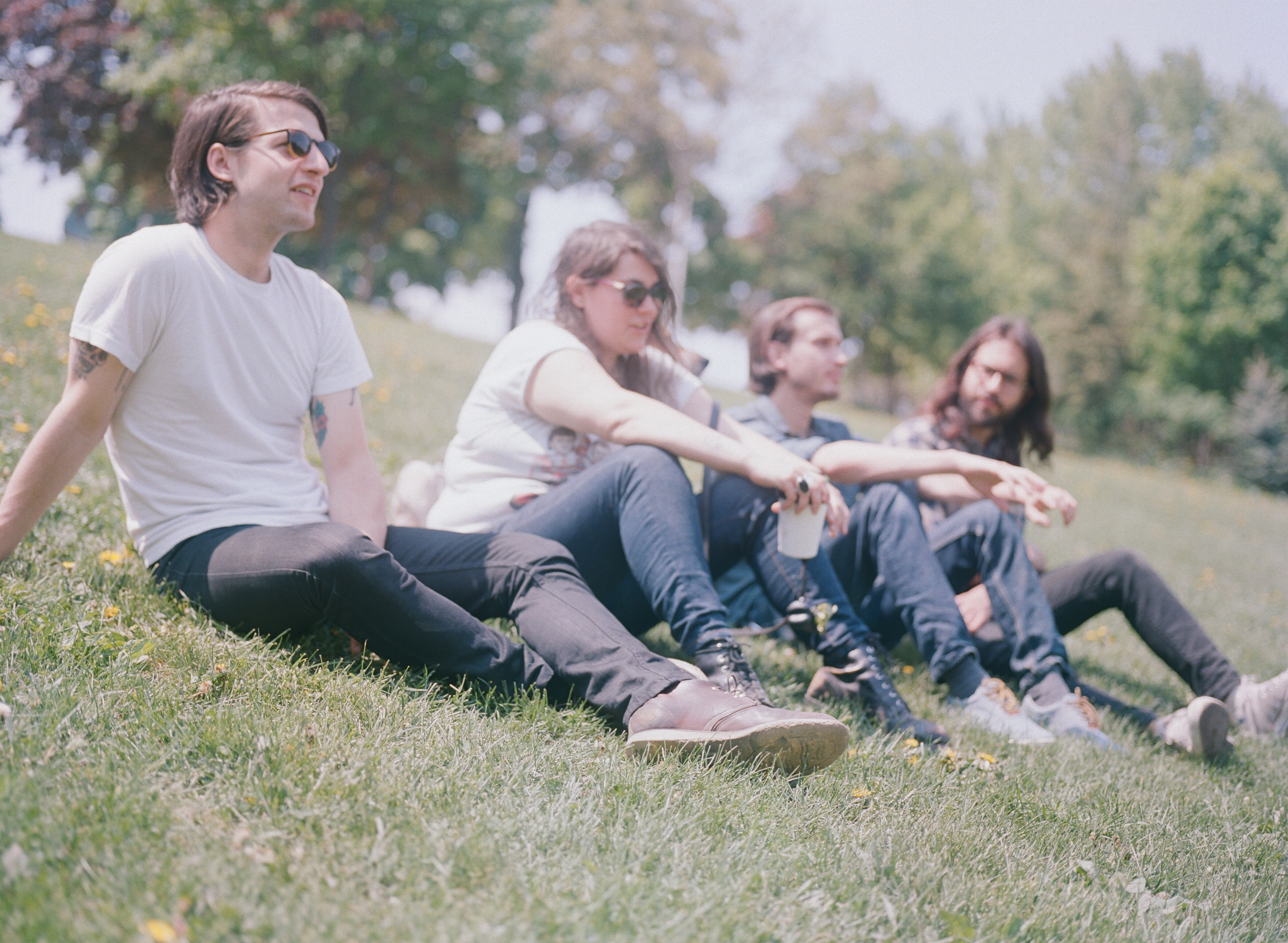 Fake Palms was first conceived as a collection of bedroom demos recorded with a broken drum machine by Michael le Riche in 2011, the project coalesced into a band in early 2015 when le Riche recruited several longtime contributors to Toronto’s music scene, including members of Hooded Fang and Slim Twig’s backing band.

In keeping with Fake Palms’ stripped back bedroom origins, the group value simplicity and directness. For le Riche this approach is almost an idealogical dictate, “our intention is to do the most we can with the limitations we put on ourselves,” he says, “no backing tracks, no samples etc. We want to make music that is an honest representation of the four of us in a room at that time.” The band’s first single, “Sun Drips,” released in the early spring of 2015, showcased what Stereogum called “the band’s expert infusion of post-punk textures with pop sensibilities,” and married a hard-driving rhythm section and an interest in sonic experimentation to le Ritche’s well-crafted songs, drawing comparisons to Echo & The Bunnymen, This Heat and Fake Palm’s fellow Canadians Viet Cong.