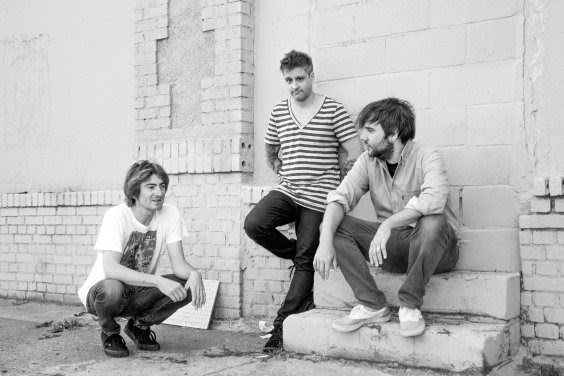 “When I was a kid if I read that an album had fuzz guitars on it, I had to buy it”, James Hanna happily recalls. “When I first saw the word ‘fuzz’ I didn’t know what it meant, but I knew I had to have it and make it”.

For over a decade, James Hanna was a sonic force in Asobi Seksu, but where his former band combined ethereal dream pop with noisier guitar elements, his newest project Youth Worship has committed much further to guitar mayhem. One listen through the tracks that make up Youth Worship, out tomorrow on Self Harm Records, and it becomes clear that this is a different beast entirely. Today Youth Worship is streaming the album in full ahead of the release tomorrow, which you can listen to below.

The singles that have made their way out there in the last couple months have been loud and proud. “New Rights” sounds like a lost classic from the Epitaph golden age, when punk’s resurgance crept into the mainline consciousness before the full commercial takeover. “Euphoric Recall” is a scorcher and shows Youth Worship and their most raucous with a sing-along chorus that sounds undeniably vintage. The track ends the album on an a fist pumping high note with “frenzied riffs which recall everyone from Dinosaur Jr. to Motorhead,” according to Clash. The album cut “Eternal Scene” features Wata from ex-Asobi Seksu tour mates Boris on guitars and back-up vocals.

After playing some big, maximum volume riffs and practicing some screaming for his own gratification, Hanna realized that he had some great songs on his hands and called on long time friends Will Donnelly and Larry Gorman, who had also been the drummer in Asobi Seksu, to more fully realize the new material. While their first collection of songs, released as a cassette EP was an unashamed ode to their early 90’s alterna-rock influences, the band’s sound on Youth Worship has further evolved into an amalgamation of varying sounds and styles, with loud guitars being the common denominator. From the short circuited Black Flag-isms of “Euphoric Recall”, the blissful noisepop of “Less”, or the Sonic Youth-leaning noise breakdown of “Spinners”, Youth Worship’s only credo is to have unapologetic, ridiculous fun and not over analyze any of it.