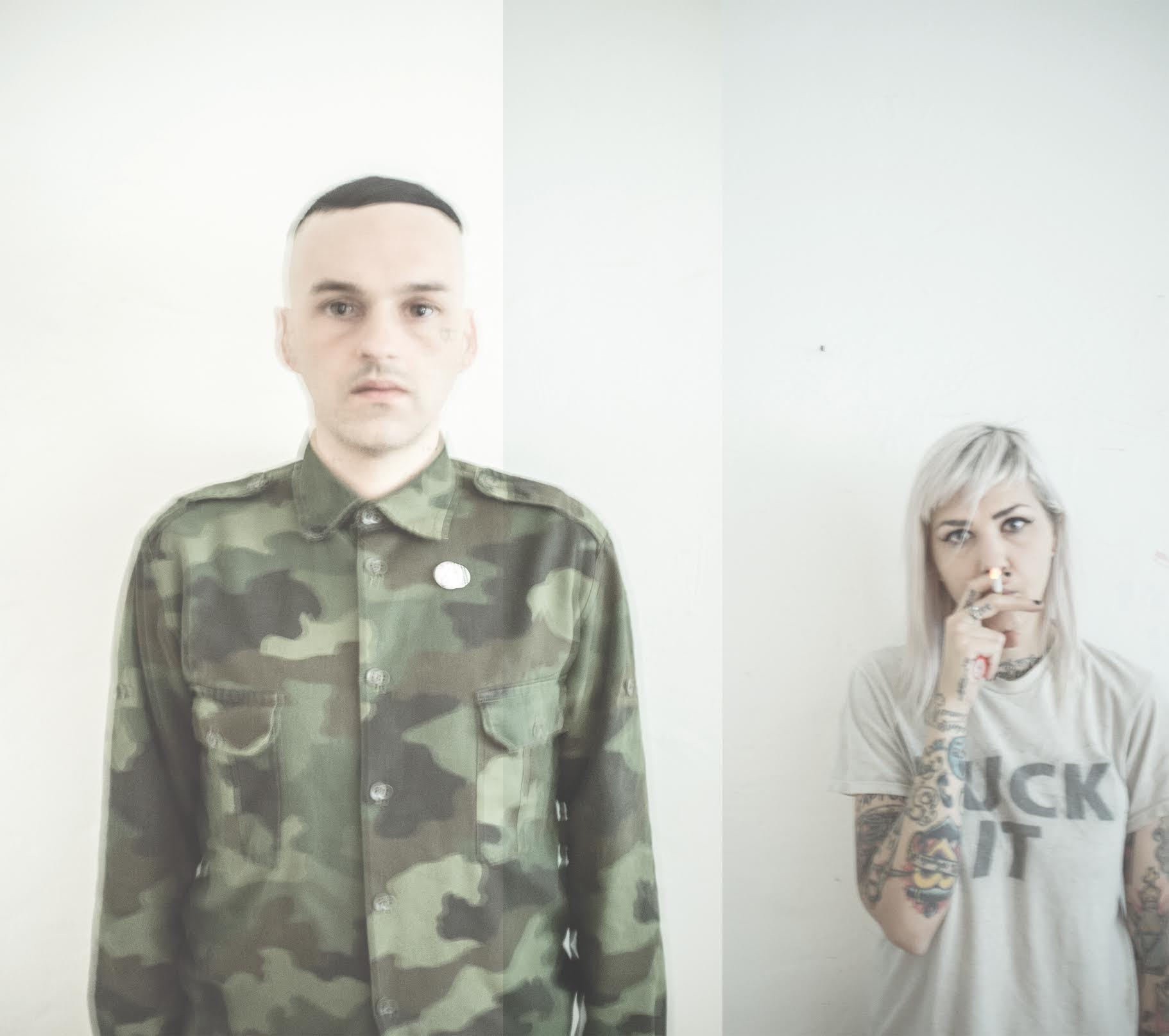 Hardcore EBM outfit, Youth Code, returns with an even harsher stab at their signature industrial sound with the new single: Anagnorisis. With producer Rhys Fulber (Front Line Assembly) at the studio helm, Youth Code come out swinging harder than ever. “Anagnorisis”, backed by “Shift of Dismay”, are just the tip of the iceberg for the pair as they push forward with their upcoming sophomore full length album on Dais Records in 2016.

Born in 2012 out of a Los Angeles bedroom, Youth Code is the creation of Sara Taylor and Ryan George. The band made their spontaneous live debut at LA-based record store Vacation Vinyl’s employee showcase. Word of the incendiary live performance quickly spread and was followed by release of the well-circulated, coveted, Demonstrational Cassette which saw the band hone their semi-improvised initial set into something altogether more muscular and lean.

Soon after, Youth Code was invited to release a limited edition 7 inch single with the legendary Genesis P-Orridge’s label, Angry Love Productions. The single quickly sold out and saw the band receive praise from industrial heavyweights including Skinny Puppy and Front Line Assembly. Shortly after the single’s release, the band signed on with label Dais Records to release their 2013 self-titled full length.

In 2014, Dais saw through the release of their much anticipated EP, A Place to Stand, which featured remixes by Silent Servant, Clipping, God Module and Sanford Parker.

In 2013, Youth Code brought their brand of Industrial to audiences all over the US on supporting gigs with AFI, Nothing, The Body, Suicide Commando and a stint at SXSW.
Finishing out 2014, Youth Code embarked on the now infamous Eye vs. Spy Tour with industrial legends Skinny Puppy, Front Line Assembly and Haujobb.

Anagnorisis is the preview to their upcoming album which will be available in both limited black & clear vinyl editions through Dais Records, as well as a special “clear smoke” edition only available from Youth Code during the Fall 2015 tour with Skinny Puppy.

A. Anagnorisis
B. Shift of Dismay