“Young As Me” By Sprinters

Manchester’s Sprinters share the video for their brand new track ‘Young As Me’ taken from their upcoming self titled debut LP due May 5th on vinyl & digital platforms via Icecapades (Slowcoaches, Sex Hands, Joey Fourr etc..).

‘Young As Me’ serves as the second offering from their debut album in which they give a taste to their rich guitar sounds. The hazy visuals, which were directed by Anna FC Smith & Amy Cecilia Leigh, are set in their hometown of Wigan.

Neil Jarvis on the inspiration behind song and video: ”The song is about arrested development; being in your late twenties but still feeling like you’ve not got your head screwed on. Your supposed to act like an adult all of a sudden and start being more responsible, but still not feeling ready for that. We did the video in an old launderette in our hometown Wigan with some local artists/friends. The laundrettes been there for years and years and hasn’t changed. We were trying to channel the theme of passing time and boredom…”

The band will be playing the following shows across the UK: 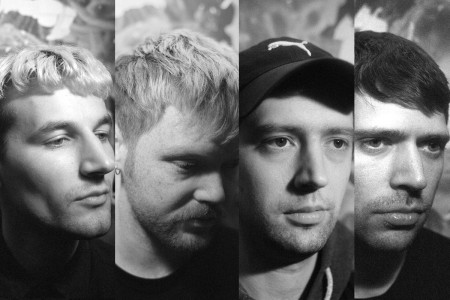