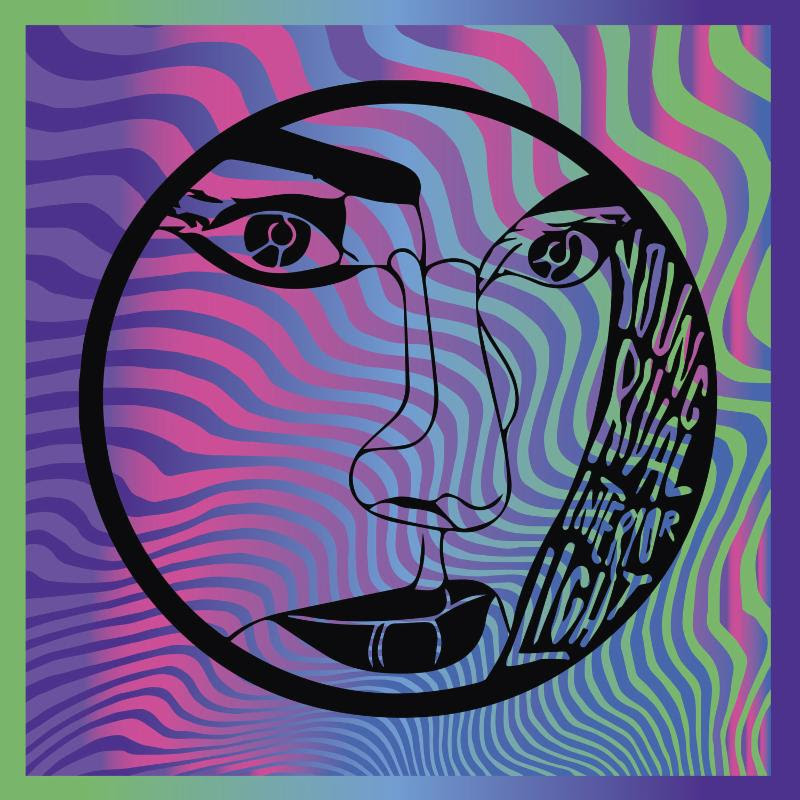 Recently, psych band Young Rival released their first piece of new music since 2012’s Stay Young. The first taste was the title track, “Interior Light” off their forthcoming release of the same name out on October 16th via Paper Bag Records. “The band’s haunting melodies provide the perfect soundtrack. Waterfall-like chord structures make it an ideal backdrop for the last of your warm, summer nights. The guitars jangle, the drums pound an upbeat rhythm and the vocals coo soothing truths about life.

The band, who is well known for their music videos didn’t disappoint with this outing. “To make this video we used an old 35mm film camera from the 80s (The Nimslo), and teamed up with several photographers, including a chemist-turned-hobby-photographer,coincidentally named Jon Smith),who literally shoots using a shotgun whose blast triggers a camera to snap a photo,” said Young Rival bassist John Smith.

Smith explains, “the 4-month-long process involved taking several dozen rolls of still photographs with The Nimslo, a camera that takes 4 different images from 4 slightly different angles with each click. We then scanned the negatives by hand, and animated each frame in sequence. The result was over 20,000 frames that were then hand-placed into the edit. The stereoscopic/3D effect is similar to, what is referred to as, the “Matrix-bullet-time” effect – multiple angles of the same subject matter – but, in this case, on a much smaller scale and using older technology.”

To coincide with the release of their new album Young Rival will head out on a full North American tour with label mates Born Ruffians. The tour kicks off in Burlington, VT on October 27th. Highlights include the Bowery Ballroom in New York City on October 28th, the newly opened Teragram Ballroom in Los Angeles on November 14th and a full string of dates in the band’s home country, Canada.

For nearly a decade, the power trio Young Rival have been making some of the catchiest and wittiest garage pop in Hamilton, Ontario, with a deft facility for crafting smart earworms and delivering them with rambunctious energy. In addition to a handful of viral music videos, they have two critically acclaimed albums under their collective belt (2010’s self-titled debut and 2012’s Stay Young), not to mention a reputation as one of the rip-roaring-est live acts in Canada.

Yet, to keep the band sounding fresh-for them as well as for their fans-the three friends had to take a step back and reassess Young Rival: how they sounded, what they did, and how they did it. “It was definitely time for us to have a sit down together and figure things out,” says Aron D’Alesio, the band’s singer, songwriter, and guitar player. It could have spelled the end of Young Rival, but instead, “we decided to switch things up. Do things differently. Try something new.”