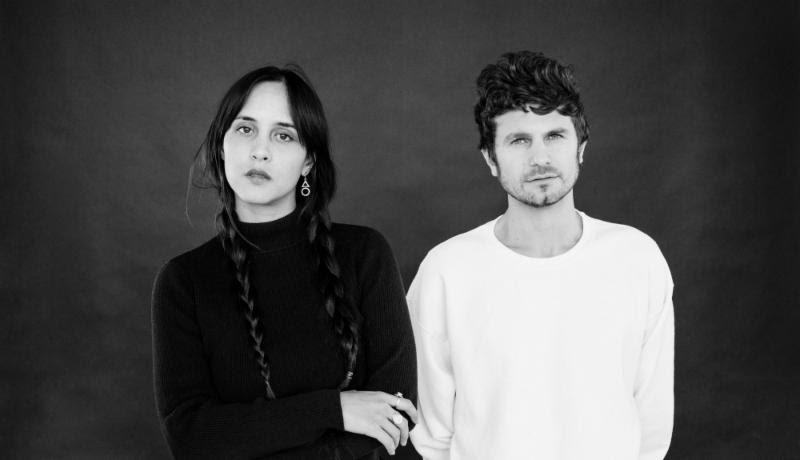 Young Magic, the New York-based experimental pop duo of Melati Malay and Isaac Emmanuel, premiered their new video for “Lucien” earlier today. The band’s forthcoming full-length Still Life was inspired by the native culture of Malay’s birthplace of Indonesia, and the “Lucien” video is based on the ghostly Indonesian holiday of Nyepi: Still Life is out May 13 on Carpark Records.

“I started making Lucien in Indonesia in small shack by the water. I spent half a month gathering field recordings, collecting stories and writing music. Looking back, I was questioning what it meant to be a woman in this age – a sister, a daughter, a hybrid, a creator. It was a surreal few weeks. There is a day called Nyepi or ‘Day of Silence’ where no-one leaves the house because it’s believed bad spirits fly over the island. They burn effigies of their monsters (Ogoh Ogoh) and then everyone hides indoors for 24 hours. It’s incredible, the streets are completely empty. I’m not sure if these ghosts still follow me in New York, but making ‘Lucien’ was my way to make an effigy of my own Ogoh Ogoh, and then burn it to the ground.” – Melati Malay

Malay stars in the video alongside dancers from the Saung Budaya Indonesian Dance Group.

YOUNG MAGIC: STILL LIFE
The beginnings of Young Magic’s new album, Still Life, coincided with singer Melati Malay revisiting her own, in her birthplace of Indonesia. Having lost her father the previous year, she returned to the island of Java to reconnect with her family, dig up stories, and begin work on a new collection of music.