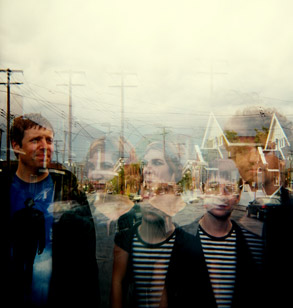 “In being away from home we felt like we could risk more,” McCandless says. “Take bigger chances. Things we didn’t think would work, we tried anyway.” Whereas Shapeshifting was compartmentalized – songs recorded in Montreal, sent to Lissvik to transmute – Ultramarine came to Gothenburg as a live work, the sum of a performing band’s blood and sweat.