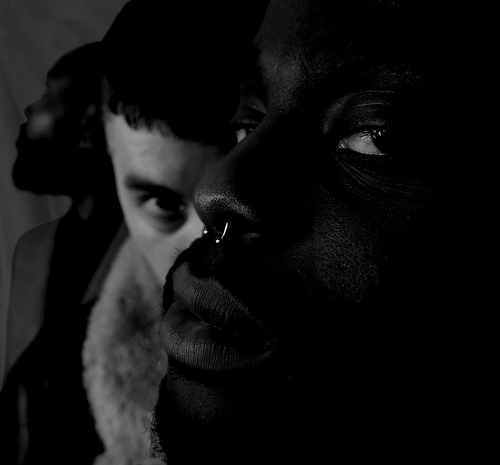 Young Fathers just announced their latest album White Men Are Black Men Too, out April 7 on Big Dada. The UK-based trio follows their 2014 Mercury Prize-winning album DEAD with a 12-track set written and recorded throughout 2014 while they were on tour, and then completed at their studio in Edinburgh.

“Rain or Shine” is the first single from the album. Describing the track, the band asks: “you wanted to hear The Monks jamming with Can and the Commodores, right? And then The Last Poets jumping in on the end before it gets too late? And a paranoid prophet, wandering a post-apocalyptic desert, talking to himself? Served with fries…”

Young Fathers is ‘G’ Hastings, Alloysious Massaquoi and Kayus Bankole. The three men are each named after their fathers, a unifying bond for the band. They released their album DEAD in 2014, which won them the 2014 Mercury Prize. DEAD included single “GET UP,” which they performed on Jimmy Kimmel Live last summer.

May 01 Victoria, BC – Distrikt