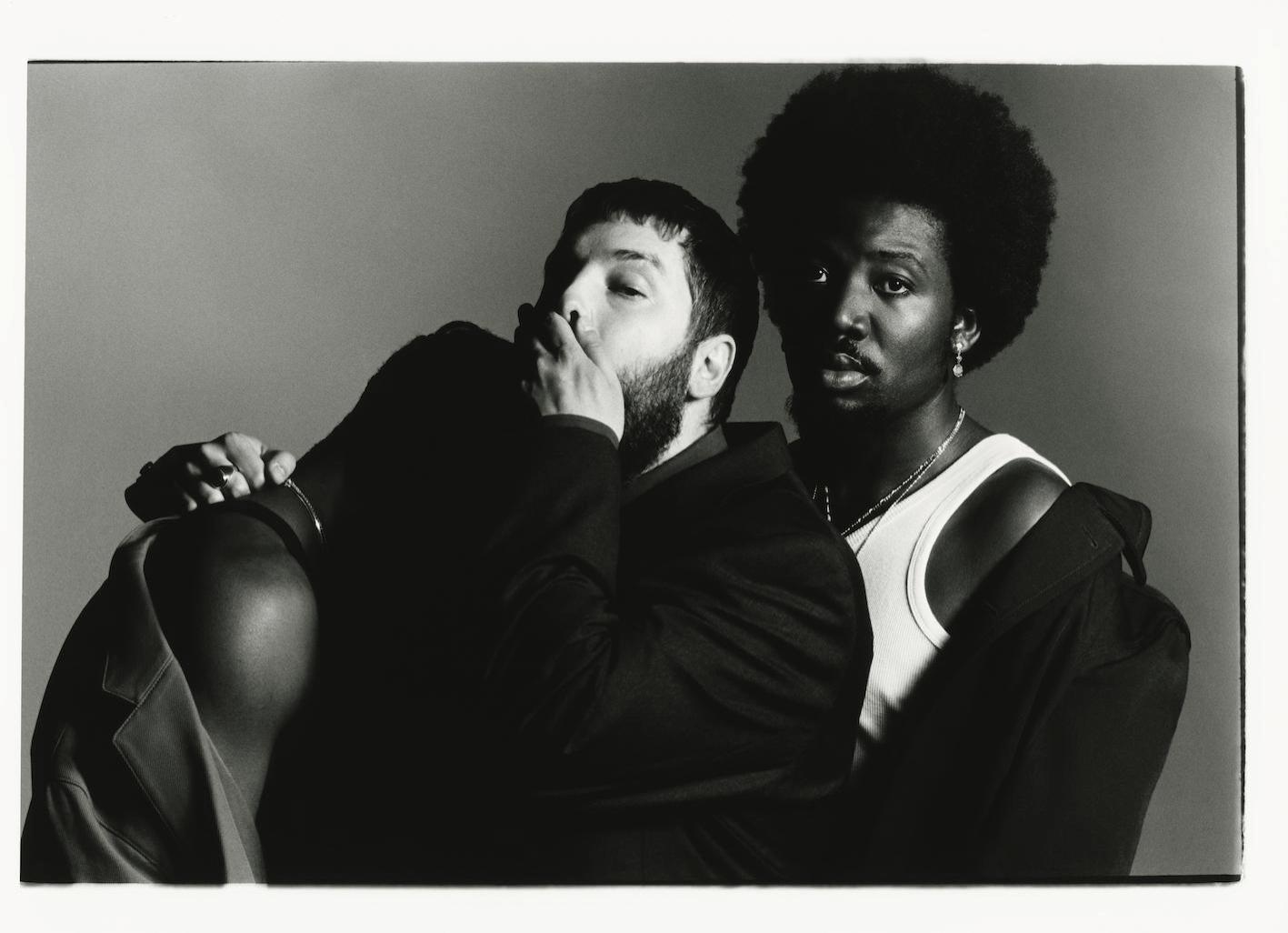 Ninja Tune recording artists Young Fathers have returned with “Geronimo”, the band’s first new music in over four years. Following the 2018 release of their album Cocoa Sugar, subsequently sold-out tours and the extended hiatus that followed, Young Fathers – Alloysious Massaquoi, Kayus Bankole and G. Hastings – recently reconvened in the studio for a run of uninhibited, open-ended studio sessions. “Geronimo” is the first song to be completed from these sessions.

“A good time trying. That’s what Ma said, she was smiling, but it was meant as a warning. It’s a track about contrast, because life is contrast – pushing through, giving up, all at the same time. Wanting everything and then wanting nothing, then wanting everything again. It’s kind of reflective of where we are at the moment, trying to remember how to do this again.

Trying to make music and all of the other stuff that comes along with it. Trying to forget all the bad bits, just trying to get somewhere. And that’s where we are right now, trying to get somewhere. It’s the tenderness in toil, we had expelled a bunch of stuff with a lot of drive and wilder energy beforehand but this one had focus. It widened the scope again for us personally, that’s where the real high comes from. We grew another arm. We surprised ourselves. So coming back with a track called ‘Geronimo’ feels quite fitting. Just the 3 of us again, but still in a fucking basement.”