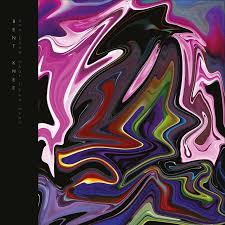 You Know What They Mean

Boston sextet, Bent Knee seem to scoff at the idea of music genres; a band known for having a myriad of influences, on their fifth LP ‘You Know What They Mean’ traverses a wealth of different approaches that swing from guttural rock, orchestral swoons, electronic nuances and stripped back ballads. Forgoing the usual decision to work separately on demos before reconvening in the studio, Bent Knee opted to combine their efforts to create an album that collaboratively spoke for all six members, making this new LP the closest representation of their live performance to date.

The feeling of the album being conceived in the studio ripples throughout ‘You Know What They Mean’, as the record has the occasional snippet of inter-band chatter as they jam out ideas, while ‘Lansing’, the LP’s opening track, is the captured sound of Bent Knee overcoming some technical difficulties whilst on stage. It’s these little flickers of being allowed behind the scenes that gives the record an organic feeling.

For an album that navigates a wide-reaching set of inspiration, the six headed beast can sound quite overwhelming at times, with certain directions providing varied results. The Deftones-esque grind of ‘Bone Rage’ feels like a false start to the album, with Courtney Swain’s vocals sounding out of place amongst the gnarled riffs. While ‘Egg Replacer’, a song that commences with tightly plucked strings that eventually swell to the sound of weird electronic facets and violent changes in dynamics, can sound bloated and over the top. The demonic growl of ‘Lovemenot’ veers closely to being almost too intense, as it’s lurching, evil manner displays a cinematic bent. Akin to plucking the petals from a dying flower, whilst being shrouded in acrid and black smoke, the track makes for a claustrophobic experience. An on-going theatrical element channels itself through ‘You Know What They Mean’, with ‘Give Us The Gold’ containing some moments that resemble a Bond theme. Although elsewhere on the song, it finds itself in dancier climes, while Swain states “hate/I feel it dripping off my tongue”. A dramatic element isn’t always conveyed via lush strings though, as thefrontwoman’s vocal range has a tendency to go wide-screen, like on ‘Hold Me Down’s glitchy, drum driven stomp.

Despite the changes in stylings throughout ‘You Know What They Mean’, Bent Knee manage to bind it altogether reasonably well, however, sometimes it feels like the group’s penchant for inventiveness is both a blessing and a curse.

You Know What They Mean is now available via InsideOutMusic 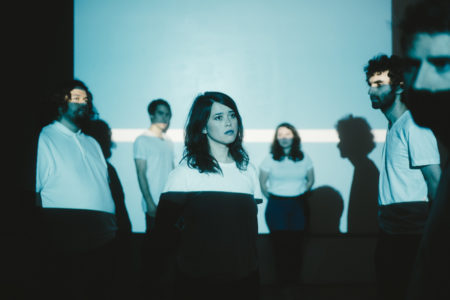 “Hold Me In” Bent Knee 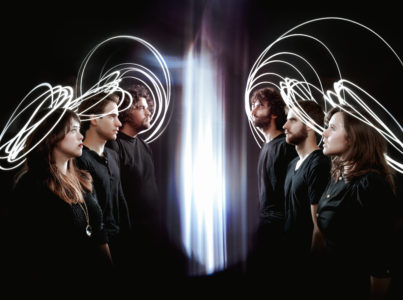