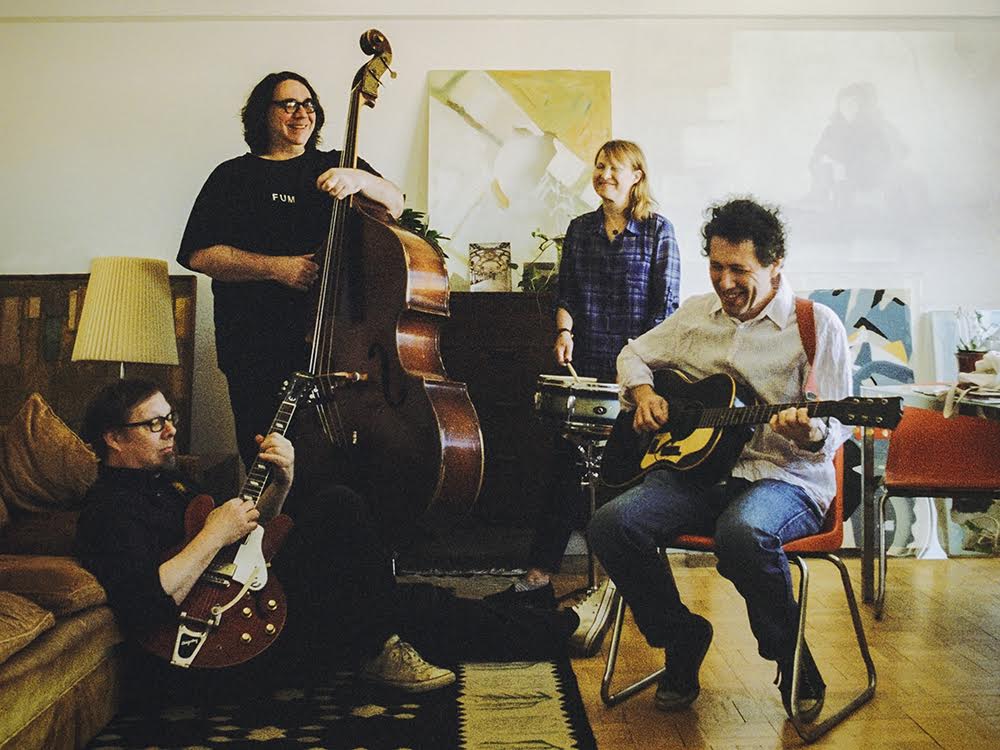 Yo La Tengo are celebrating their 30th anniversary with the release of Stuff Like That There on August 28th via Matador Records, and will embark on a world tour starting June 26th at Sled Island Music & Arts Festival in Calgary, AB. The Band are alos sharing a new version of “Deeper into movies” and a cover of The Special Pillow’s “Automatic Doom.”

The trio of Ira Kaplan, Georgia Hubley and James McNew now return as a quartet, reuniting with former member Dave Schramm on electric guitar as they revisit the original concept of their previous release Fakebook (a mix of cover songs, “covers” of Yo La Tengo songs, and brand new originals) on its 25th anniversary. This unprecedented live set-up — Ira on acoustic guitar, Georgia up-front on a small kit, and James on upright bass — marks the first occasion of this particular Yo La Tengo incarnation touring together (and since it took them 31 years to get around to doing so, could very well also be the last).

Tracklisting:
A1: My Heart’s Not in It (Darlene McCrea)
A2: Rickety
A3: I’m So Lonesome I Could Cry (Hank Williams)
A4: All Your Secrets (remake of track from Popular Songs)
A5: The Ballad of Red Buckets (remake of track from Electr-o-pura)
A6: Friday I’m in Love (The Cure)
A7: Before We Stopped to Think (Great Plains)
B1: Butchie’s Tune (The Lovin’ Spoonful)
B2: Automatic Doom (Special Pillow)
B3: Awhileaway
B4: I Can Feel the Ice Melting (The Parliaments)
B5: Naples (Antietam)
B6: Deeper Into Movies (remake of track from I Can Hear the Heart Beating as One)
B7: Somebody’s in Love (The Cosmic Rays with Le Sun Ra and Arkestra)