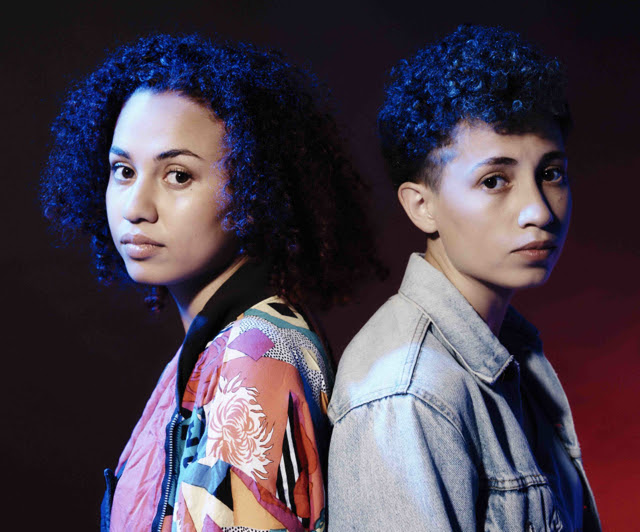 Xylaroo are Holly and Coco Chant: two sisters, two peas in a pod, two harmonious voices cut only from the same cloth as each other. The girl’s first single ‘Sunshine’ which included a Dolly Parton quote, and the B-side, a cover of Arctic Monkeys’ “I Bet You Look Good On The Dancefloor.”

Their second single “On My Way” on on May 20th via Sunday Best/ PIAS is an upbeat melodic number which highlights their beautiful harmonies and songwriting skills, this is sure to be another smash.Similar to many bands, the pair (Holly aged 25, Coco 23) are a product of their own environment. What makes them totally at odds with everyone else, however, is that their environment has been constantly shifting since day one. You could say they’ve been “on the road” their whole lives. By their early 20s they’d tallied up more air miles than all the members of The Traveling Wilburys put together. Today they’re based in Canning Town in London where they share a flat with two other friends. But where did they grow up?

“Well,” begins Coco, guitarist and the more extrovert of the two. “Holly was born in Papua New Guinea where mum’s from. Then we moved to Hong Kong and I was born there. Our dad is a civil engineer so we grew up in the Philippines, then Maidstone for ten years. After, we went to Sri Lanka. Then we came back to the UK once school was finished.” Holly interrupts. “You forgot Switzerland!” “Oh yeah,” retorts Coco. “For a little bit we lived in Switzerland.” It’s no surprise then that their sound, which could loosely – but only loosely – be described as ‘folk’, transcends local open mic scenes and of-the-moment genres.

Maidstone was where the duo began gigging (“around the Medway scene where all the bands were doing ska”), but it was really island life in Sri Lanka that added a rustic, vibrant flavour to their matter-of-fact, earthen songs. People would sing a lot in their village with guitars. Coco played from the age of 9. Holly was more confident singing. “I was hesitant there,” laughs Coco. “Holly has more of a natural voice but harmonies come pretty easily – maybe it’s a sister thing.” Despite having older siblings, it was the younger Chants who decided to stick together. Everything progressed at a gradual, comfortable pace. “It’s only in the last couple of years that we’ve considered ourselves a proper band,” says Coco. “When you’re sisters you don’t take yourselves as seriously. You play around in your living room.”

Xylaroo don’t want the messaging of their songs to be set in one timeframe. Rather the themes they care about – love, humanity, philosophy, “conspiracy theories” – are ones that pervade every generation, not just theirs. While Holly’s scholastic past makes her aware of political upheaval and social consciousness, she doesn’t believe in using Xylaroo for preaching. “We want to write songs that make people think without telling them what to think. I’ll read an article about racism and police brutality in America, for instance, and then we’ll write about it. But it will be subtle.