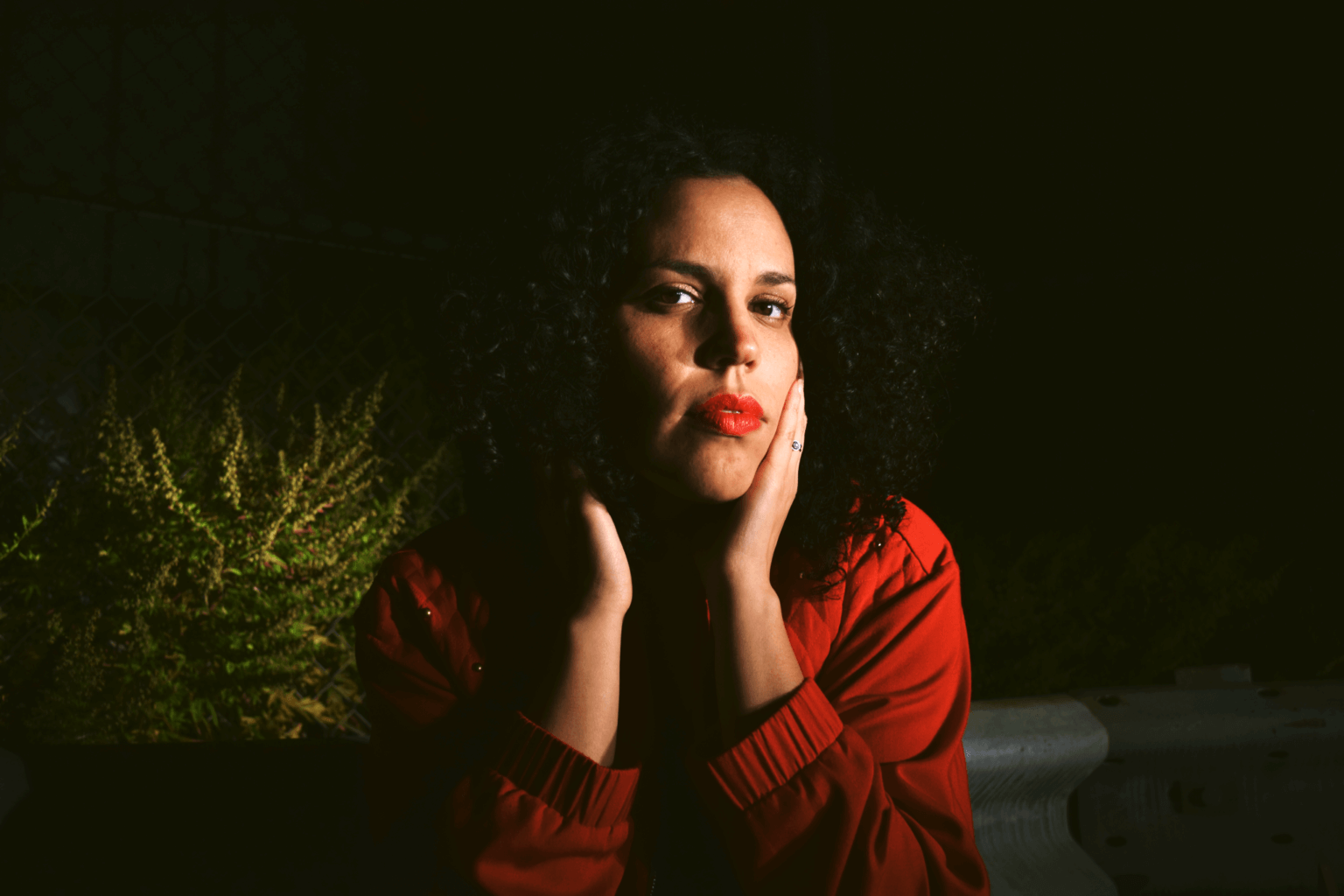 NYC singer/ongwriter Xenia Rubinos has released her new LP Una Rosa, out today via ANTI-Records. Described as a a cinematic obra- an imagined night time space where you’re transported through the lives of various characters, all of whom are sonically painted in each track. The album emerged from a place of heartache and extreme fatigue- in 2019, after a string of touring and performing almost nonstop, she felt wildly drained. She consulted a curandero who diagnosed her with ‘perdida del espiritu’ (‘loss of spirit’), but was assured that the music would come back- and indeed it did.

Alongside her longtime musical collaborator Marco Buccelli, Xenia found the music again, and Una Rosa began to take shape. Each single is a portrait of a different character- the rage-fueled grill-wearing woman in ‘Who Shot Ya?’, the grieving party girl in ‘Did My Best’, the fortune-telling futurist jazz singer in ‘Cógelo Suave’. The record is two-sided: the ‘RED’ A side, featuring tracks that are hot, aggressive, in-your-face fiery drama, and the ‘BLUE’ B side, which presents a more introspective yet expansive mood.

The album opens with a clock tower tolling four times, opening a portal to a new world, bleeding into ‘Una Rosa’, drawing inspiration from the José Enrique Pedreira song bleeding from the wind-up flowers, as well as a documentary on las cuatro joyas del ballet Cubano, she reimagined the title track, adding electronics and clave. Following that is the tragic ‘Ay Hombre’- an ode to the cortate las venas singers that floated through her grandmothers home. Drawing inspiration from everywhere from traditional Cuban Rumbas to Kelman Duran to Rita Indiana to Muñequeitos de Matanzas, the album continues into unexplored depths of the culture she comes from and the world she’s building. ‘Sacude’ flips a sparse clave intro into a hip hop beat. ‘Don’t Put Me In Red’ plays with wordlessness in both the song and its striking video, a sonic strike at lighting engineers who would frustratingly use ‘default red Latina lighting’ when she went on stage. Songs like ‘Working All The Time’ critique and parody the crushing yolk of capitalism, while ‘Did My Best’ dwells in the aftermath of sudden loss, longing to see someone you never got to say goodbye to.

“I remember the moment when I felt I was done singing, it’s like when you cry so hard you forget why you were crying in the first place,” Rubinos recalls. “As we listened back, the hairs on my arms and legs stood straight up, I felt my face getting hot. I suddenly felt that old familiar feeling. At that moment, in the basement during an eerie quarantine night of fireworks and ambulance sirens, I suddenly remembered why I sing.”

Darkest Hour
Don’t Put Me In Red
Worst Behavior
Did My Best
Si Llego
What Is This Voice?
FIN