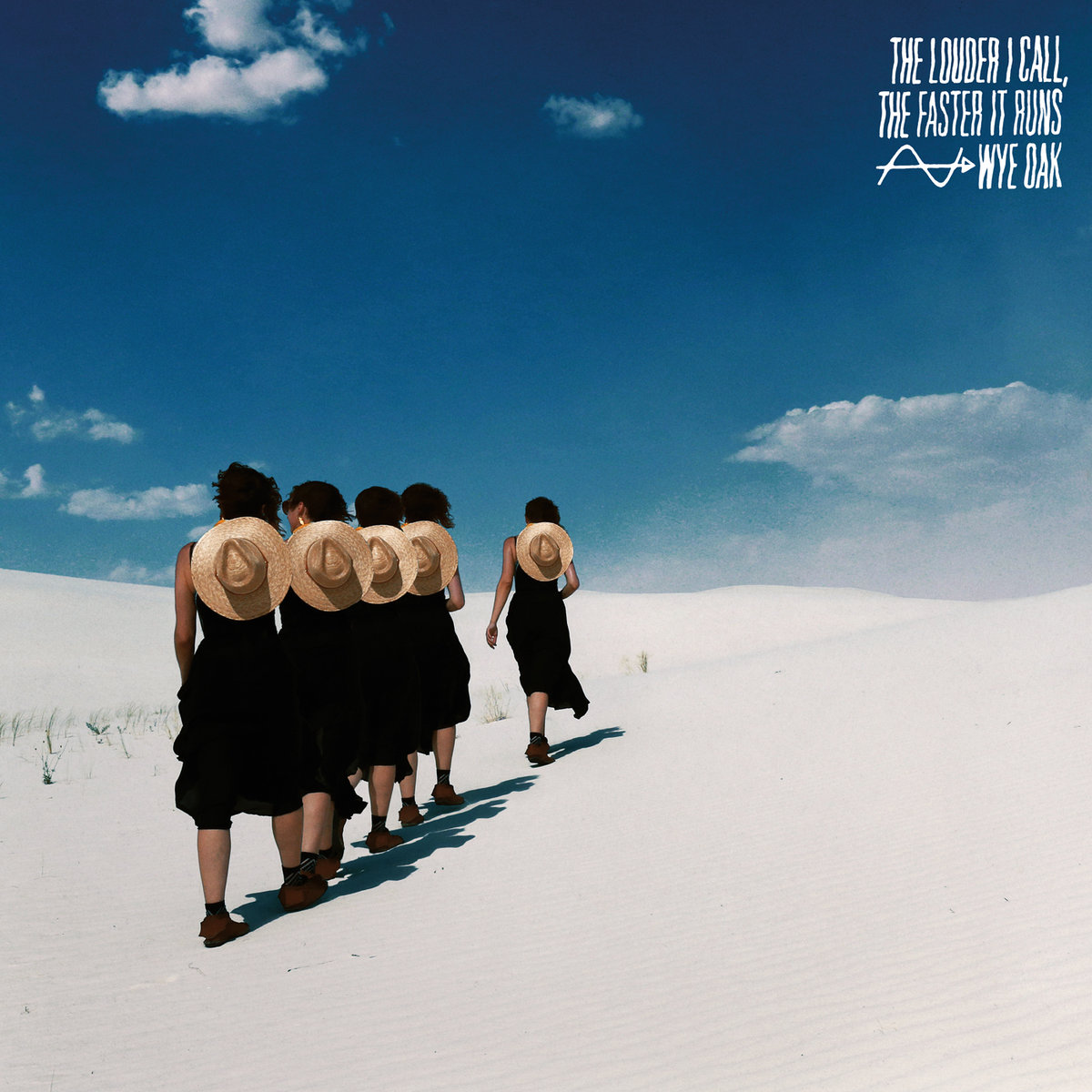 The Louder I Call, the Faster It Runs

Though Wye Oak have been exploring their sound startlingly throughout the years, it’s never felt quite so jarring and new as on their new LP. Hitting hard with a swath of electronics and new effects, the band has a lot to say and new ways to say it. Though they don’t always push their ideas as far as one would like, this is a wondrous and pleasant surprise from the band.

Through the warped reality of “(Tuning)” Wye Oak show a sense of unrestrained testing going on as they play with just about every facet of pianos and strings around them. Though it may seem purely thematic, it becomes obvious as you listen to the record that this is heavy-handed foreshadowing to just how outlandish they’ve gotten with their sound. “The Instrument” bursts with frantic rhythms and bustling electronica to give a real depth to a song about rediscovering life. While it holds onto its meditative grooves for quite some time, when it finally explodes the drums really go haywire.

“The Louder I Call, the Faster It Runs” carries its own sense of immediacy, as waves of harmonies collapse into each other in a mesmerizing rush of sequencers and vocals. As the feedback and distortion are harnessed into instruments in their own right, Wye Oak shows a true mastery of their sound that had been only revealed in part previously. The nostalgic energy of “Lifer” cuts through to present a surprising sadness in their writing, and one that really builds as the song does. Though the track feels a tad more predictable at first, their relentless choices to let loose of all standard repetition in song writing has the song opening dozens of startling doors in its second half.

There’s a strangely familiar feeling to the pop tones of “It Was Not Natural” though its hefty groove keeps it feeling uniquely directional and pointed. Though the shock of their sonic evolution has worn off here, they still try to constantly evolve their arrangements to make the songs pop. “Symmetry” bears an unusual rhythm and lets its synths work with it for a truly tribal energy. As this feeling picks up, the vocals and sonic tones shift between distortion and warps to become a wave of unpredictable producing.

“My Signal” burns as a rustic but intense interlude whose orchestral swells provide a welcome dynamic shift to contrast the usually sonic focus of the album. As brief as it is, the track’s tension-filled instrumentals that hover under the vocals really feel disturbing. Rollicking drums drive the explosive energy of “Say Hello” as the wails of distortion and feedback create a roaring beast behind them. Between the shining and warm guitars, it’s really the sense of momentum the band puts into the track that makes its soaring harmonies worth it.

The unnerving spirit behind “Over and Over” keeps it strange and constantly unexpected as its massive but bouncy writing makes folk sounds feel aggressive. While this and the electronics tie together for a stirring listen, there’s something lacking in the low-end to make this track feel perfectly tight. In “You Of All People” they find a surprising middle ground between their sounds new and old to let a calm delivery subvert their growing screams. As their harmonies build and build, the track eventually hits a glossy run of piano notes that takes it into ethereal bliss.

“Join” feels so utterly meditative that it’s easy to discount it as a too light or repetitive, but there’s a palpable current to the flow it brings as a song. Though it certainly does run its one line in many ways, it’s the absolutely powerful ways it keeps pushing this sound that makes it work. This is why “I Know It’s Real” can come off as predictable in itself, simply for following a more straightforward pop structure. Open-minded listeners however will be able to dive into the track’s devastating bass and feel how much emotion the band puts into it.