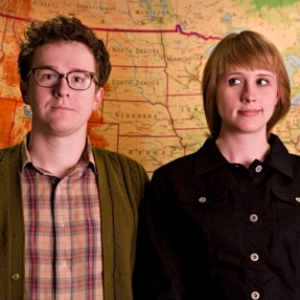 Wye Oak will return in 2014 with the  follow-up to Civilian. As a warm-up, Jenn & Andy have announced a co-headlining tour with Future Islands on the way to Austin for SXSW. Tickets go on sale this Friday.

Jenn described a little of what we can expect saying: “There’s not a lick of guitar on this whole record. It basically inverts what we were responsible for. Andy was playing droney bass lines on keyboard. Now he’s responsible for the more upper register stuff that guitar would normally handle, while I’m playing bass lines on a bass guitar. The idea was really appealing to me because we had sort of hit a wall, just with the complete and total excess of touring that we had done, the use and overuse of that format. It tainted the guitar for me and I was finding it really, really hard to get anything out of it from a writing perspective. I wasn’t excited about it — too much baggage. It just felt tired to me.”

Also, see Jenn perform as part of the upcoming No Other tour in which a collection of musicians will be performing Gene Clark’s album of the same name. More information and dates are here.