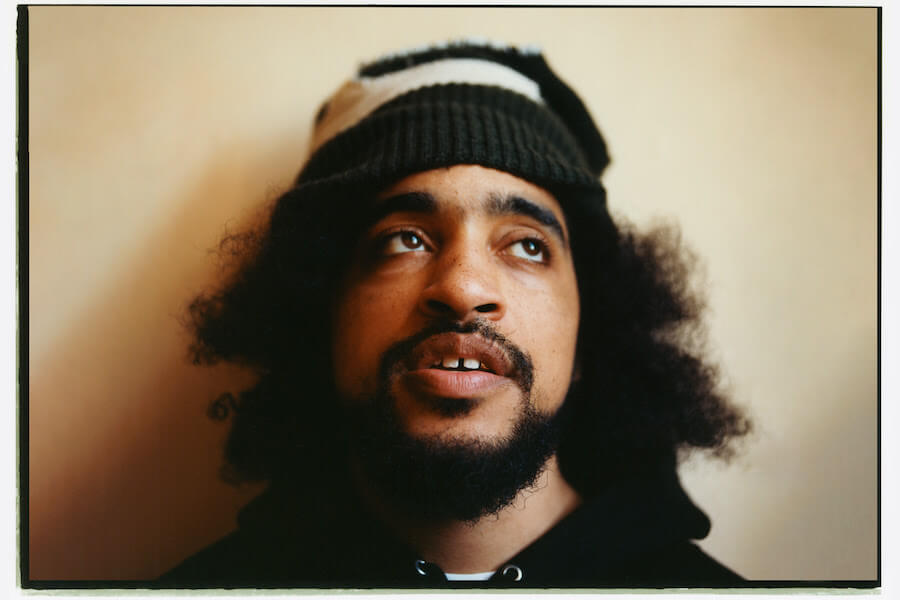 Wu-Lu AKA: Miles Romans-Hopcraft, has announced his new album, Loggerhead, will drop on July 8th via Warp Records. Ahead of the release, the vocalist, multi-instrumentalist, and producer has shared lead single, “Blame.” The accompanying video, featuring a preview of the LP track “Ten,” is directed by Denisha Anderson. “‘Blame’ is about a breakdown in communication between my inner voice and external voice, and a situation that arose which led me to end a relationship,” explains Wu-Lu.

Loggerhead‘s twelve tracks blend deeply-charged post-punk, thrashed-up skate-park screamo, and gauzy hip-hop. Wu-Lu and his band wrote the album at a West London pub and Norway’s Betty Fjord Clinic. They returned with an almost-complete LP, drawn from jams and chopped up samples. The album touches on themes of anxiety, guilt, and facing one’s fears. “It’s a patchwork of situations that have happened, but it’s a cohesive thing of trying to understand where someone is coming from and trying to explain where you’re coming from – relatable situations,” says Wu-Lu of his stream of consciousness, freestyled lyrics.

Wu-Lu grew up considering himself a grunge kid, listening to everything from the Red Hot Chili Peppers to grime. He learned how to play trumpet from his musician dad before switching to bass and starting a band with his twin brother and their friend. He then discovered DJing and beat making from the jungle and hip-hop records given to him from his dancer and youth worker mom, falling in love with turntablism via the 2001 cult documentary Scratch.

Loggerhead follows Wu-Lu’s self-released 2015 album, Ginga, and two EPs (2018’s ‘N.A.I.S’ and 2019’s ‘S.U.F.O.S’). Last year, Wu-Lu released the singles “South” and “Times,” signing with Warp soon after and releasing “Broken Homes.” His artist name is an adaptation of the Amharic word for water – ‘wu-ha’ – adjusted to avoid confusion with the Busta Rhymes track. Like water, he can shift and adapt around any obstacle, creating creative alliances with artists including Lea Sen and black midi’s Morgan Simpson (both of whom appear on Loggerhead).

Next week, Wu-Lu plays The Great Escape in Brighton followed by a full UK and European tour through the summer. A full list of dates are listed below with more to be added in the coming weeks. At shows, Wu-Lu will be putting an extra mic on stage so that anyone who needs to vent can come on stage and scream. He’s making shows all ages wherever possible and he’s planning a tour of youth clubs, because 2022 requires togetherness – and because years as a youth worker means Wu-Lu knows why togetherness matters.