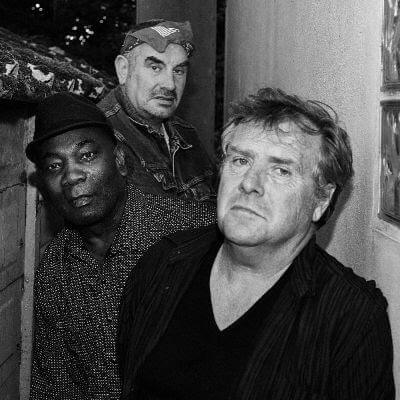 Words Disobey Me by The Pop Group featuring Dennis Bovell is Northern Transmissions Song of the Day.
Share on TwitterShare on PinterestShare on PocketShare on RedditShare on FacebookShare on Email

The Pop Group and Dennis Bovell will perform the worldwide premiere of Y in Dub for Terry Hall presents Home Sessions for Coventry UK City of Culture 2021, this clash of titans have now announced the album release of Y in Dub, the dub reinterpretation of Y, one of the era-defining releases of the post-punk period. Y in Dub will be released on Mute on CD and digitally on October 29, 2021.

Mirroring the track listing of their 1979 debut, Y in Dub is a 9-track collection of heavyweight dub versions that match the prodigious intensity of their source material, reflecting the enterprising originality of the dub and reggae music that inspired The Pop Group, as well as the legendary ingenuity of their longstanding collaborator Dennis Bovell, who recently was awarded an MBE for his services to music.

After celebrating the 40th anniversary reissue of Y – released by Mute in 2019 – The Pop Group enlisted Bovell to reinterpret the album after his extraordinary appearance at Rough Trade East in London for the band’s ‘Salon Y’ event series the same year. The event saw Bovell perform live versions of ‘She Is Beyond Good & Evil’ and ‘3.38’, based on the deconstructive principles of dub. With Y In Dub, Bovell reprises his role at the controls.

Testifying to the legacy of the original yet also signifying a new, alternate triumph, Y In Dub sees The Pop Group and Bovell explore latent possibilities within the fabric of Y. Here they amplify shadows and echoes, intensively accentuating the resonance of each element. The original material is submerged and prolonged, shattered, splintered, and sculpted into turbulent, contrasting forms which deviate from the original tracks in compelling, unexpected ways.